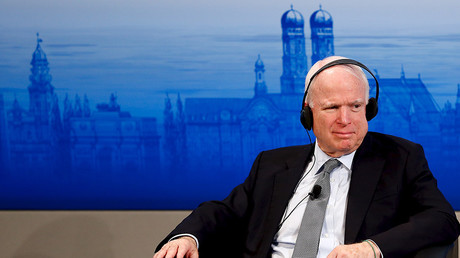 Comments made by Senator John McCain about Bowe Bergdahl could be grounds to throw out the case against him. Bergdahl’s lawyers said that McCain’s statements may have too great an influence on the court-martial.

US Army Sergeant Bowe Bergdahl made news when he walked off his base in Afghanistan back in 2009, only to be captured by Taliban forces and kept prisoner for five years. He was returned in a controversial trade for the release of five Guantanamo Bay inmates.

The trade itself was highly criticized by Republicans, particularly because of the circumstances surrounding Bergdahl’s abandonment of his post. While his legal team argues that his actions were the result of schizotypal personality disorder, a condition that includes delusions and troubled thought patterns, others believe that he is a deserter and should be sentenced as such.

Next February, Bergdahl will be going into court-martial, where he will be fighting charges of desertion and endangerment of US troops. Each charge carries a life sentence.

McCain’s stance on Bergdahl goes beyond respecting the decision of the military courts.

“I am not prejudging, OK, but it is well known that in the searches for Bergdahl, after we know now – he deserted, there are allegations that some American soldiers were killed or wounded, or at the very least put their lives in danger, searching for what is clearly a deserter,” McCain said in October.

Those allegations were contradicted by the Pentagon, which confirmed that while six soldiers from his unit died in various accidents on deployment, none died searching for Bergdahl.

However, the comments implicating Bergdahl in the death of his brothers-in-arms may have poisoned Bergdahl’s possibility of receiving a fair trial, according to his defense.

“It is not rocket science to see what was wrong with Sen. McCain’s comment,” a motion filed Monday by his defense team begins. It goes on to say, “His comments – as the Army certainly knows – constituted impermissible meddling in a pending criminal case and an abuse of his authority as chairman of a powerful Senate committee.”

Bergdahl’s story was the plot for season two of Serial, an investigative journalism podcast that develops on a bi-weekly basis.

In the podcast, it is revealed that Bergdahl had attempted to join the US Coast Guard, but was discharged after experiencing a mental breakdown 26 days into boot camp.

Two years later, he was able to re-enlist, despite requiring a waiver from the Army. The same year that Bergdahl enlisted in the Army, the service branch granted increased waivers that were mostly to be used to overlook drug use and legal problems, Time reported.

McCain isn’t the only politician to voice his opinion on Bergdahl. So too did Republican presidential nominee Donald Trump. Trump referred to Bergdahl as a traitor, saying he “should have been executed.”

Prior to McCain and Trump’s politicizing the case, Bergdahl was facing one year in prison.