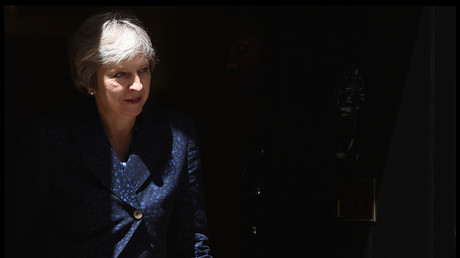 With an ever-diminishing majority the UK government has resorted to drastic measures, proposing that parliament closes five days earlier than usual. The move led to critics slamming the Tories for ‘running scared from democracy.’

Government sources confirmed that parliament will, on Tuesday, vote on whether to allow MPs to start their six week leave five days ahead of schedule, according to the Telegraph’s Christopher Hope.

Absolutely pathetic from the Tories, they want to shut down the commons early for our summer recess. The Tory hierarchy are afraid of their own MPs causing mischief for the PM. Strong and stable? No it’s weak and frightened, they are an incompetent coalition of Tory failure 👎 pic.twitter.com/aAqzZSMB8k

The move has led to accusations that Prime Minister Theresa May is hoping to abate Tory infighting over Brexit by sending everyone home early. On Monday night, May narrowly avoided defeat on two, hardline-Brexiteer-backed, amendments to the so-called Chequers deal.

Tory cave-in on ERG amendments plus attempt to close parliament early suggest to me: once no MPs around May will do something big. Either resign, go for 2nd ref or extend transition. Govt no longer functioning…

The amendments passed with a majority of just three with one junior minister quitting and 14 Tories rebelling over the motion.

If the Tories’ motion goes through MPs will be allowed to leave parliament on Thursday 19th of July instead of Tuesday 24th. They are set to return September 4th.

Bad look for government and MPs if Parliament rises early on Thursday, rather than next week – which could well be confirmed tonight. With nation facing its most momentous decisions for decades, it will be widely seen as a decision to cut and run.

The government has so far provided no reason for the motion, which Labour is reportedly set to vote against. The move has fuelled accusations on social media from Labour MPs and journalists, amongst others, that the May government was ‘afraid of their own MPs’ and ‘seeking to function.’

Government’s plan to close Parliament on Thursday and send MPs home early for summer is because Theresa May is fearful of Tory MPs hanging around plotting against her. It shows what chaos this government is in.Let me make it clear that I will be voting against breaking up early.

So the Government is suddenly bringing a motion to end Parliament a week early for the summer break.

It’s not because the Government is lazy (though the plan is lazy Tory MPs vote for it).

It’s because it means no more votes and it helps May cling on.

I’ll be voting to WORK!

Millions in the UK are struggling to put food on the table, today Tory MPs have proposed starting their summer recess 5 days early. If you’d rather they were in Parliament earning their salary rather than lying by the pool in their Tuscan villa, let them know. #StopMayRunningAwaypic.twitter.com/Hc9wvlJvMY