A man’s corpse was run over up to 300 times by London Underground trains, after a tube worker mistook the dead body for a fox. It’s thought the man’s remains stayed on the tracks for 14 hours before being identified as human.

It has been claimed that the man’s body was found on the tracks in a tunnel on the Piccadilly line, and stayed on the rail line for around 14 hours between Holborn and Russell Square. The man is understood to be a 47-year old from Maidstone.

A train service in the tunnel was stopped at around 11.30am on December 28 after a trip switch activated, The Sun reports. A member of staff was sent to investigate the cause of the tripped switch but thought he had just spotted a dead fox. 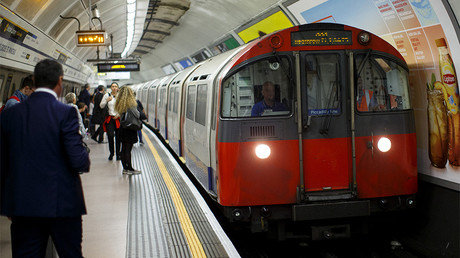 The worker advised controllers at Earl’s Court that he had discovered the remains of an animal – despite a source adding that “no foxes have been found killed or otherwise seen in the center of the Piccadilly line tunnels for over 15 years.”

British Transport Police were called at 1.42am on December 29, confirming that the corpse was human. CCTV footage reportedly later revealed a person entering the tunnel at Holborn.

A transport police spokesman confirmed the grim news. “We were called at 1.42am on December 29 to reports that a body had been found in the tunnel between Holborn and Russell Square stations,” he said. “A 47-year-old man from Maidstone was declared dead at the scene.”

Roughly 26 trains an hour would have passed through the tunnel in the 14 hours after the member of staff went to investigate the body. The body would have been run over up to 300 times during that period.

A TfL spokesman added: “Our thoughts are with the family and friends of the man who was found in the tunnel between Holborn and Russell Square stations on December 29, 2017. We are unable to comment further at this time pending the conclusion of the coroner’s inquest.”