A man has been sentenced to 6 years in prison after being found guilty of stabbing a woman in the throat during “bizarre and violent sadomasochistic sexual activity” which lead to her death.

Jason Gaskell, 24, from Mildane, Hull, severed Laura Huteson’s carotid artery and jugular vein with a knife while having sex with the 21 year-old at his home in Hull, on February 27. He pleaded guilty to a charge of manslaughter. 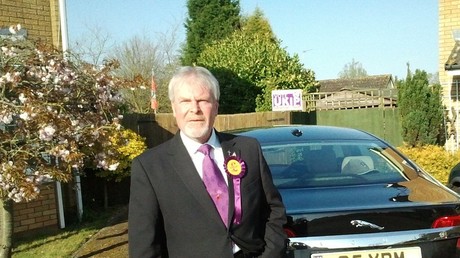 During sentencing, Judge Jeremy Richardson said: “In simple terms you unlawfully killed a woman with whom you were having sexual intercourse by stabbing her through the neck during bizarre and violent sadomasochistic sexual activity.

“You did not intend that to happen, but the danger of stabbing the victim was obvious, and it eventuated. You took that risk knowingly and deliberately and you have paid a terrible price.

“The price paid, however, by Laura Huteson, was infinitely greater. She is dead.”

During the trial, Sheffield Crown Court heard how the pair, who had only met that day, had been drinking vodka and using cocaine. Gaskell, who wept through significant moments of the hearing, thanked the judge while being led away from the dock, before looking to the public gallery and saying “I love you”, reports the BBC.

He was originally charged with murder but pleaded guilty to a charge of manslaughter at a hearing last month.

Prosecutor Nicholas Lumley QC said: “By his plea he had accepted that he deliberately
held a knife to her neck during sexual intercourse.

“The knife passed through her skin and in to the soft tissue of her neck breaching the jugular vein and carotid artery and she died from the substantial blood loss.”

Huteson’s mother issued a statement saying that she had been left feeling “empty” and unable to eat or sleep. She said: “She did not deserve to die. He [Gaskell] has destroyed us all.”

In a letter to the judge, Gaskell said: “I know words can’t bring Laura back but I offer the deepest apology and hold myself accountable for the events that resulted in these horrific circumstances.”