A man accused of kidnapping and raping a teenage girl before slitting her throat and stuffing her body in a freezer in south London has denied murder.

Mujahid Arshid, 33, pleaded not guilty at the Old Bailey via videolink after Celine Dookhran, 19, was found dead in July, in what prosecutors have described as a gruesome “honor killing.” 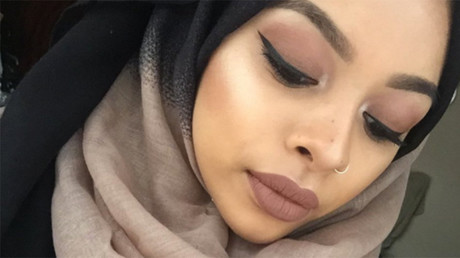 Her body was discovered in a freezer in a £1.5-million ($2-million) house in Kingston.

Arshid, of no fixed address, appeared in court charged with murder, rape and kidnap.

He is also charged with the sexual assault, rape, kidnap and attempted murder of a second woman, who cannot be identified for legal reasons. She managed to escape and sound the alarm.

Arshid now faces two new charges – which he denies – of sexually assaulting the second woman between November 2008 and November 2010, according to the Evening Standard.

Co-defendant Vincent Tappu, 28, of Spencer Road, Ealing, is charged with the kidnap of Dookhran and the second victim. He also pleaded not guilty to the charges against him.

They are due to stand trial on January 17 next year. The trial is expected to last up to four weeks.

Dookhran, who was born in Wandsworth in 1996, has been described by her family as “amazingly talented.” They said she brought “happiness, joy and laughter to her family and friends,” according to the Press Association.