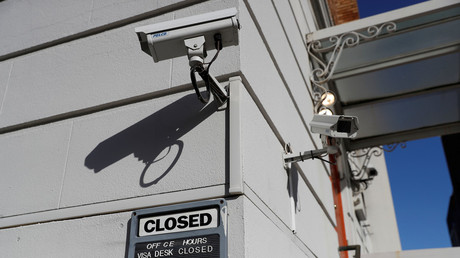 Over 70 percent of US citizens in the Republican and Democratic parties believe America is controlled by a “deep state” of unelected government officials, according to a new poll. They also fear state surveillance, it reveals.

Although most Americans interviewed are not familiar with the term ‘deep state’, when they heard the definition as a cadre of unelected government and military officials who secretly influence government policies, a majority expressed belief in its ‘probable existence’ according to the Monmouth University poll released Monday.

Additionally six in 10 of those polled think that these unelected government figures wield too much power when it comes to shaping federal policy.

“We usually expect opinions on the operation of government to shift depending on which party is in charge. But there’s an ominous feeling by Democrats and Republicans alike that a ‘deep state’ of unelected operatives are pulling the levers of power,” said Patrick Murray, director of the independent Monmouth University Polling Institute.

Donald Trump has popularized the term ‘deep state’ over the course of his presidency. In January he blasted the ‘deep state’ Department of Justice for allegedly shielding a Hillary Clinton aide  who used a non-secure private email account while conducting government business.

The poll also highlights widespread fears of state surveillance, with 80 percent of Americans believing that the US government currently spies on the activities of its citizens.

“This is a worrisome finding. The strength of our government relies on public faith in protecting our freedoms, which is not particularly robust. And it’s not a Democratic or Republican issue. These concerns span the political spectrum,” Murray added.

In 2013 ex-CIA whistleblower Edward Snowden revealed the existence of a massive surveillance programme by US and UK authorities. The leaks exposed that the US National Security Agency (NSA) was spying on tens of millions of Americans by collecting their telephone and internet records.

The Monmouth University Poll was conducted by telephone from March 2 to 5, 2018, with 803 adults in the United States.