A crossbench peer has called for the UK’s Brexit transition period to be extended, citing the risk of Britain running off an economic “cliff-edge.”

Lord Hannay previously served as a top Foreign Office diplomat, and was London’s permanent representative to Brussels when the UK helped to draft the legislation that created the European Single Market. He told Business Insider UK that the current window agreed “is ridiculously short, as everyone has now understood.” 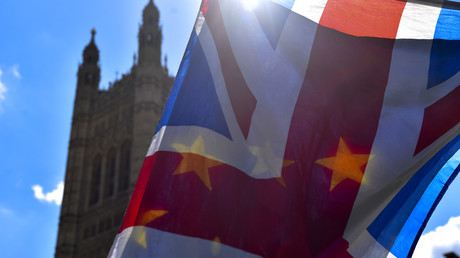 Agreed with EU negotiators in March, the transition period in its current form will run from March 29, 2019 – the date set by Prime Minister Theresa May for leaving the bloc – to January 2021, and would allow for further discussions on what the UK’s new relationship with the EU would be like, and avoid a cliff-edge scenario for businesses.

According to Hannay, this period will need to be extended in order to avoid a disastrous “no-deal” scenario. “I think it’s very likely that we will not be in the fully functioning new partnership [with the EU] by January 2021. I don’t find anyone whose work I’ve read or I’ve talked to who seriously thinks the contrary,” he said.

Hannay’s comments come shortly after a series of defeats for May’s government during voting on the EU Withdrawal Bill at the House of Lords. On Tuesday, rebel peers from both the Conservatives and Jeremy Corbyn’s Labour Party defied party orders and voted on a series of changes to the bill, much to the chagrin of their party whips and hardline Brexiteers.

One rebel Labour amendment gave House of Commons MPs a vote on whether or not to stay in the European Economic Area (EEA), or common market, paving the way for a possible soft Brexit akin to Norway’s current relationship with the EU.

Another cross-party amendment to remove the Brexit date of 29 March 2019 from the legislation was passed by 311 votes to 233 – a majority of 78.

Speaking prior to the vote, Hannay told fellow peers that the inclusion of the date “was a purely political decision… another of those sops to one of the all too frequent outbursts from the Brexit at any cost supporters.”

Lord Hannay -There was no reference to the date of our exit from the EU in the bill as it was originally drafted… the inclusion of the date was a purely political decision… another of those sops to one of the all too frequent outbursts from the brexit at any cost supporters. pic.twitter.com/Yebt8Uoqqd

Nigel Farage, meanwhile, took time away from interviews on Fox News to call the move “a step too far.”

The hat-trick of government defeats was topped off by a third amendment to allow Britain’s continued participation in EU agencies, which was backed by 298 votes to 227 – a majority of 71. It aims to ensure that future EU laws can be replicated in the UK upon leaving.

While the Lords’ amendments may been seen as victories for pro-Remain politicians and those looking for as soft a Brexit as possible, pro-Brexit lawmakers have accused the house of trying to “wreck a Brexit deal.”

Anti-EU group Leave EU lambasted May’s transition deal, taking to Twitter on the day of the Lords’ vote to call it “a scam to keep us in the EU indefinitely.”