A hero of the London Bridge attack who became famous for his defiant cry of “F*ck you, I am Millwall” has been filmed shouting racial abuse at an anti-racism rally, in a video taken earlier this year.

Roy Larner, dubbed the ‘Lion of London Bridge,’ is a survivor of the terrorist attack last month during which he charged three armed terrorists, whilst shouting “f*ck you, I am Millwall.” Millwall is the name of the football team that he supports. 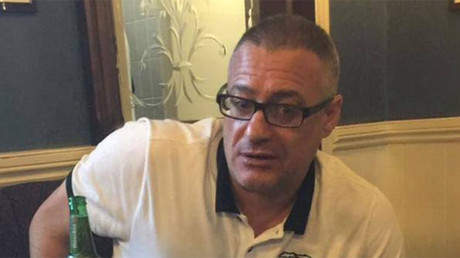 Larner, who was unarmed at the time of the attack, suffered severe injuries to the neck and chest in his desperate effort to buy others time to flee.

He was only saved due to the fast response of armed police units.

The 47-year-old unemployed Millwall fan gained a significant social media following after the attack, and a campaign was launched to get him back on his feet, raising £50,000 ($64,400).

However, an old video has recently surfaced, showing Larner spitting at and racially insulting a photographer as he was walking his dogs near an anti-racism protest.

The incident reportedly occurred in February in the Elephant and Castle area, months before Larner became famous.

It is unclear what caused the confrontation, as the video begins mid-argument, showing the father of one becoming increasingly irritated by reporter who was photographing him.

The footages shows Larner spitting and launching racial abuse at the reporter.

One of the protesters approached Larner in what appears to be an attempt to head-butt him. 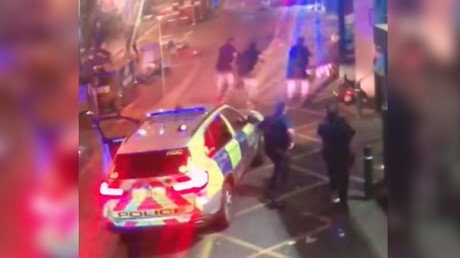 Although Larner has not yet presented his explanation of the incident, his mother, quoted by the Independent, said that the protesters harassed Larner and his dogs, and he was standing up to them.

“I don’t know what they said to him, I was in a hurry and we were not really talking at the time.

“He was taking the dogs for a walk and was on his way back to his girlfriend’s, he gave them a mouthful.

“He is certainly quite a character, he can be a bit of a handful.”