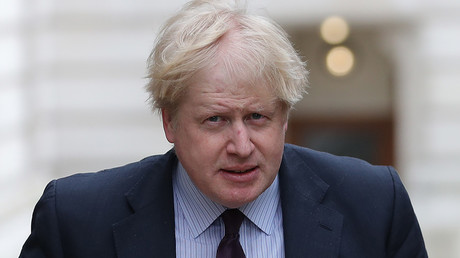 British Foreign Secretary Boris Johnson said it is overwhelmingly likely it was Russian President Vladimir Putin’s decision to direct the nerve agent attack against Sergei Skripal and his daughter.

During a museum visit in west London alongside his Polish counterpart Jacek Czaputowicz, Johnson said: “We have nothing against the Russians themselves. There is to be no Russophobia as a result of what is happening.”

Yesterday, Boris Johnson said the UK will allow for an independent international examination of the nerve agent which was used in the attack on the former double agent Sergei Skripal.

Writing in Germany’s Frankfurter Allgemeine newspaper, the UK Foreign Minister said the poisoning of the former spy was part of a “pattern of lawless behavior” by Russia. He also announced that the UK government will give international experts from the Organization for the Prohibition of Chemical Weapons (OPCW) in the Hague the opportunity to review Britain’s analysis of the sample.

Russia has repeatedly denied any involvement in the incident. Speaking at a news briefing Thursday, Russian Foreign Ministry spokeswoman Maria Zakharova accused London of making “insane” accusations while refusing to provide Moscow with any evidence.

Johnson’s comments came after UK Prime Minister Theresa May announced the expulsion of some 23 Russian diplomats, on Wednesday. In turn, Johnson’s counterpart Sergei Lavrov confirmed to journalists that Moscow will respond in kind. Lavrov also iterated that Russia “has stopped paying attention” to allegations against them, suggesting it is a violation of international law that May is now refusing to work with Russia.