What is the purpose of living anyway?

Well, if it’s living long, he certainly did that.  But one gets the impression that if David Goodall, a noted evolutionary botanist and ecologist, had been able to retain his mobility and eyesight, he had much more work to do.  Was his life cut short at 104 years of age?  An answer to that question will be explored a bit more below.

Goodall’s scientific achievements include editorship of a book about THE EVOLUTION OF DESERT BIOTA, a comparison of desert animals and plants living on three continents, and a 30-volume series of books called “ECOSYSTEMS OF THE WORLD.” But after a century of living he said he “hasn’t got anything to live for” and took his own life at a Swiss medical clinic today where euthanasia is legally permitted.

The texts mentioned above were published after his official retirement in 1979, so most of his later years were still productive.

Goodall, who had three wives but lived alone, trekked to work at a university in Perth in a 90-minute bus and train commute up until his final year of life.  A year ago Goodall was asked what keeps him working?  He quipped: “I have nothing much else to do.”  He was limited to editing scientific papers because “I can’t see very well and I can’t walk very well.”

British born, he lived in Australia since 1948.  A CNN report revealed more about Goodall’s years after he officially retired in 1979: 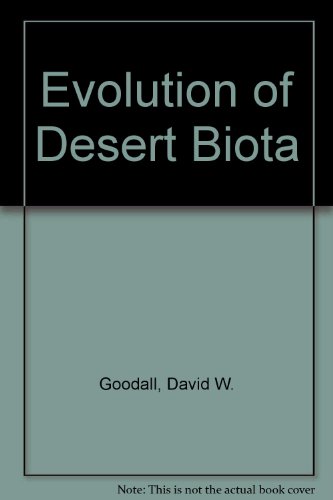 Goodall said that his life stopped being enjoyable “five or 10 years ago,” in part because of his failing mobility and eyesight.

“My life has been out in the field (working), but I can’t go out in the…