Libyan torture victim Abdel Hakim Belhaj has vowed to fight his case against the UK government “until the end.”

In 2004, Abdul Hakim Belhaj was kidnapped in Hong Kong with British complicity, along with his pregnant wife, and rendered back to his native Libya. He was then held and tortured by the Muammar Gaddafi regime for six years.

Speaking to Middle East Eye, Belhaj says he intends to pursue his quest for justice after the UK’s top court ruled unanimously in January that he could bring a case against the UK government and Tony Blair’s former Foreign Secretary Jack Straw for his role in the abduction.

Belhaj, a former militant leader with the anti-Gaddafi Libyan Islamic Fighting Group (LIFG) who now leads the Watan Party in Tripoli, told the newspaper he wants an apology from the UK government for what he and his wife endured.

“I am not interested in revenge, but only for the British government or those involved in the case to admit to and apologize for what happened.” 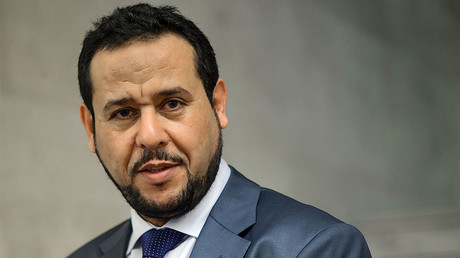 “This experience inflicted a lot of pain and suffering upon me and my family and caused us much distress, the effects of which we felt for many years, and which we, and especially my wife, still suffer.”

Belhaj’s case, along with another Libyan dissident, Sami al-Saadi, whose family was also abducted and rendered to Libya, has already been investigated by British police.

Over five years, the Metropolitan Police investigated possible charges of kidnap, false imprisonment, and conspiracy to torture, and passed a 30,000-page dossier of evidence to the Crown Prosecution Service (CPS).

In June 2016, the CPS said there was insufficient evidence to press criminal charges.

Belhaj says this had left him demoralized but intent on pursuing the case.

“I’m going to stick with it until the end.

“I cannot accept to overlook this incident or just turn over the page without ensuring that the court process takes due course and makes a fair decision on the case,” he added.

The rendition occurred days before former PM Tony Blair met Gaddafi in a tent outside Tripoli in 2004 to seal the so-called “Deal in the Desert.”

The consequences of Blair’s deal with Gaddafi included Libya’s agreement to hand over its entire inventory of weapons of mass destruction to British and American experts, and reveal details about its stockpile of chemical munitions and covert nuclear weapons program.

“I found myself sacrificed for the sake of a deal,” Belhaj said.
“Blair literally stepped all over the values and principles of human rights and justice which I had thought the West and particularly the UK upheld and fought for.”