Confessedly, I know virtually nothing about the Canadian publication, the National Post.

Yet I know more about the Post than one of its contributors, Robert Fulford, knows about Paul Gottfried, the American conservative movement, and the so-called “alt-right,” for of these subjects Fulford knows nothing.

This, though, didn’t deter him from presuming to speak to them.

So, I know this much about the National Post:  It lost whatever credibility it may have had when it decided to publish Fulford’s hit piece on Gottfried, a retired academic and veteran scholar of European and American intellectual history who Fulford ominously characterizes as “the godfather of the alt-right.”

The alt-right, Fulford explains, is a movement whose “adherents have nothing in common but the concepts they love to hate—liberalism, multiculturalism, free trade and political correctness.”

According to Fulford’s narrative, Gottfried spent “years” in the proverbial wilderness entertaining “thoughts that seemed at best eccentric [.]” “He was against globalism, the ‘therapeutic welfare state,’ the Civil Rights Act and most of the other obsessions of the left.” Fulford laments that these “at best eccentric” ideas now belong to the “everyday conversation” of the internet. 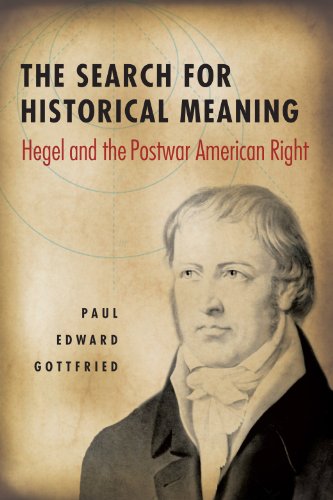 So, what changed?  Well, to hear Fulford tell it, Professor Gottfried met…Richard Spencer, the young, handsome, articulate, and charismatic figure who the media decided to make the face of the “alt-right.”  Gottfried and Spencer, Fulford continues, recognized each other as “natural allies” and, together, decided to brand “their…