The UK Home Office is ‘advising’ EU citizens being held in detention centers to return home or go to another European country to “avoid becoming destitute,” as London maintains its strict approach to immigrants from the EU after Brexit

A letter with guidelines to EU immigrants, written on behalf of UK Home Secretary, Amber Rudd, was seen by The Observer. Dated October 18 and addressed to a detained Romanian national, the advisory informed him that his request for emergency accommodation has been turned down.

“You could avoid becoming destitute by returning to Romania or another EU member state where you could enjoy access to all your ECHR without interference,” the communication said. 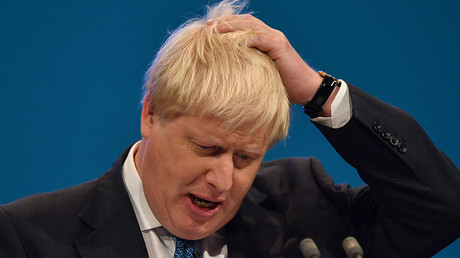 The European Convention on Human Rights (ECHR) protects human rights and fundamental freedoms in Europe, with all 47 Council of Europe member states being signatories to the treaty.

EU citizens should consider departing from the UK due to having the “right to travel freely across the EU and can visit, live, study and in most cases work in any other EU member state,” according to the Home Office’s dispatch.

Detentions and forced removals of EU citizens from the UK have been steadily rising since Brexit. The Guardian newspaper said its analysis of government data revealed that 5,301 Europeans were removed from Britain between June 2016 and June 2017; a 20 percent increase compared to the previous year and the highest number since the beginning of records.

Another letter obtained by The Observer suggested that the European Commission has begun the process of asking for evidence to investigate if the UK is restricting EU nationals’ “right to move and reside freely” as a result of Britain’s increased deportations.