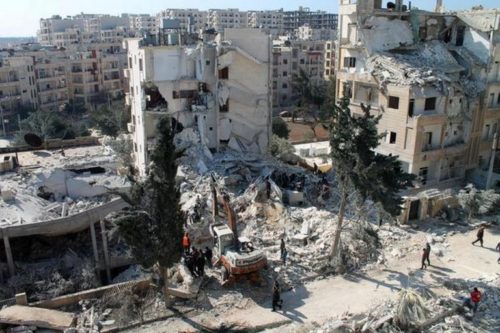 Last weekend I was on Iranian TV being asked about the meeting in Tehran at which the presidents of Iran and Russia had refused to agree with the President of Turkey to stop bombing people in Syria. I said Iran and Russia were wrong.

I also said that nobody involved, least of all the United States, was right.

Not only would the United States and the world be infinitely better off if in response to 9/11 the U.S. government had done nothing at all, as Jon Schwartz tweets each year, but Syria would be dramatically better off if just about any outside force had never gotten in or now got out.

Here’s my 5-step plan for Syria: