Tens of thousands of Afghans could be deported back to the collapsing state from Europe in exchange for university places for the country’s elite, according to secret EU plans seen by British civil liberties group Statewatch.

The leaked document was produced by the European Commission and the External Action Service, its foreign affairs branch. It is marked ‘EU Restricted’ and was given to ambassadors on March 3.

The document, reportedly seen by the Telegraph, appears to suggest efforts are being made to force the troubled Afghan government to accept thousands of deportees or lose out on millions of pounds in aid which makes up 40 percent of the Central Asian state’s gross domestic product (GDP). 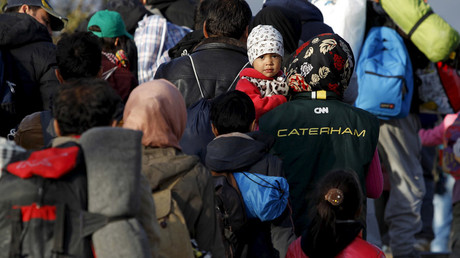 Under a section titled ‘Possible components of EU incentives package’, it’s suggested the deal could be sweetened with the offer of more university places abroad under the European funded Erasmus scholarship program.

Even that idea is seen as a risk. The documents outlines concerns that “those students apply for asylum once in the EU and make their outmost not to return is however very high, as demonstrated by several cases recently.”

The news comes as the Taliban, which was fractured and dispersed in the US-led 2001 invasion, retakes ground in Afghanistan at a rapid rate.

The document warns the jihadist group’s resurgence could lead to many more people fleeing the region, causing a “high risk of further migratory flows to Europe.”

It also touches on the issue of internal and regional displacement, specifically the 1 million Afghans who have relocated within the country to escape fighting and the 5.4 million who have fled to Pakistan and Iran.

Their predicament is described as “precarious without reliable long-term perspectives.”

Another strand of the proposed deportation process would be pressing the “highly aid-dependent” government of Afghanistan’s President Ghani to allocate “safe zones” for those who undergo “forced return.” 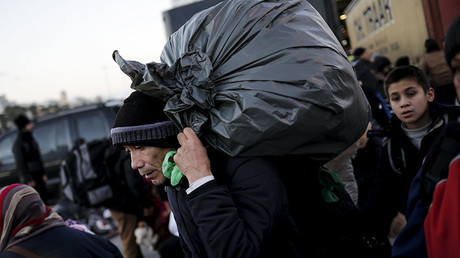 While Ghani is easily influenced, the document warns, others within the Afghan government are not supportive of the move and potential sanctuary areas are “not obvious, given the rising insecurity in many provinces.”

On March 18, International Committee of the Red Cross (ICRC) president Peter Maurer warned that Afghanistan is in a “downward spiral.”

“There are more displaced people, more war-wounded and more disabled people,” Maurer told Yahoo News after a visit to the country.

“Humanitarian concerns are growing, yet international attention is dwindling. It seems that the more the Afghan people suffer, the less attention there is on them,” he added.

A reprieve looks unlikely with James Clapper, head of US national intelligence, saying in February that “fighting in 2016 will be more intense than 2015, continuing a decade-long trend of deteriorating security.”

Nicholas Haysom, the UN’s senior envoy to Kabul, made similar comments in mid-March, telling Bloomberg that the Ghani regime’s only aim in 2016 is to survive.