A UK Labour Party councillor who was being investigated by the party over anti-Semitic comments made on social media has resigned.

Damien Enticott had already been suspended from the party pending the investigation, but has now resigned. The controversial councillor wrote on Facebook that Hitler “would have had a solution to the Israel problem”.

Enticott, a member of the Bognor Regis Town Council in West Sussex, apologized for causing offence but did not disavow his comments. In an interview with the BBC, he said that he had been watching a video in which Israeli soldiers were “shooting unarmed civilians, some of them children” and that he made the statement in that context. 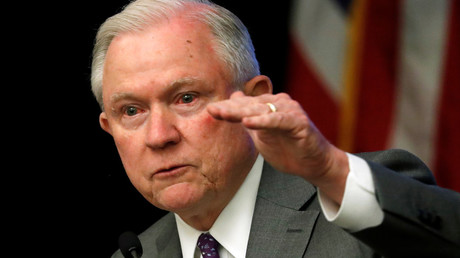 “I don’t agree with Hitler and genocide and anything like that. It was just quite a dry comment used out of frustration,” he said.

The Jewish Labour Movement (JLM) did not accept Enticott’s explanation, with Chairman Ivor Caplin calling it a “so-called half-apology”. Caplin said he believed people would “see right through” Enticott’s excuses.

Enticott said he was “anti-Zionist not anti-Semitic” and added he “never meant to offend” the Jewish community. “I’d like to apologise if that’s the case, for the words I’ve used.”

Enticott had initially denied posting anti-semitic content on his Facebook page, but later admitted that he was responsible for sharing the articles, one of which made claims about Jews drinking blood and compared circumcision practices performed by rabbis to pedophilia. He also wrote that some Jews “need executing.”

Enticott was also suspended from the Bognor Regis Town Council Labour Group, which said it does “not support” his views.