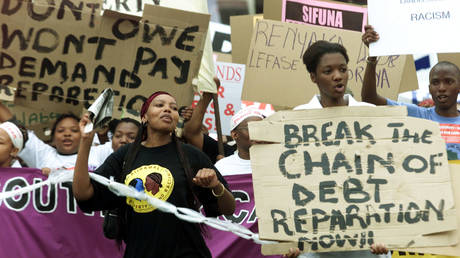 With Democratic frontrunner Cory Booker mulling plans to compensate descendants of slaves, the controversial campaign issue has some hoping it could tackle racial inequality, and others saying we need to let sleeping dogs lie.

Conservative commentator Anthony Brian Logan says that while reparations for slavery may have made sense immediately after the fact, “150 years” have passed since then, making it a lot more tricky to know who should being paying whom. Moreover, today’s politicians are not looking at the issue in earnest: “It’s no more than a campaign promise from Democratic hopefuls trying to get some kind of attention.”

Attorney and author Reese Everson calls that argument “ridiculous,” saying that if she stole a large sum of money from someone, her death would not stop her victim from trying to get the money back.

Is it too late to repay the victims of this dark chapter in American history, or are we making things worse by passing the buck? Watch the full debate on RT.