In her book Me and Lee (TrineDay Publishing, 2010) Judyth Vary Baker tells a very detailed, fascinating account of her life story, including how she had used her widely-publicized reputation as a very gifted student-prodigy who managed to attract the attention of famed doctors and other luminaries, including Florida Senator George Smathers.

It had started with news articles in the local Bradenton, Florida newspaper which were distributed through the Associated Press to numerous other states’ newspapers, (a number of which were pictured in her book). Her reputation for her interest in cancer research was soon known to Dr. Alton Oschner, the ex-president of the American Cancer Society and founder of the famed research hospital, the Oschner Clinic, in New Orleans. Dr. Oschner was not only the source of her quick rise in the medical field, but—eventually, when their basic moral values became irreconcilable—he became the cause of her downfall, resulting in the sudden need for her to become “invisible” after the assassination of JFK due to the risk of exposure of Oschner’s involvement with both Judyth and Lee Harvey Oswald. That led her to spend the next thirty-five years of her life in a state of absolute secrecy about the events she witnessed in New Orleans during the summer of 1963, afraid that any sign that she was behind their becoming public would cost her her life, just as it had to her mentors—Dr. Mary Sherman and David Ferrie—and her lover, Lee Harvey Oswald. 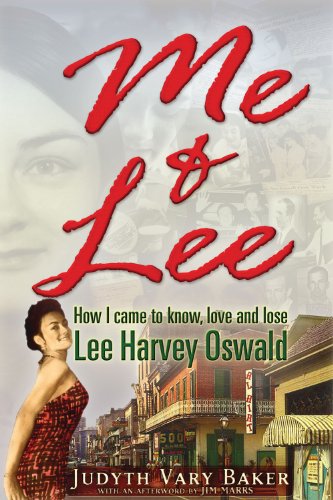 Many of her critics, and their related organizations for a variety of reasons, have chosen to disbelieve Judyth Baker’s claims of having been Lee…