A federal judge in Florida ruled for BuzzFeed in a defamation lawsuit brought by a Russian internet entrepreneur accused of hacking the Democratic Party in the salacious Steele dossier that was published by the outlet.

Because BuzzFeed did not attest to the truth of the allegations contained in the dossier and published the documents in their entirety, the outlet is protected under the doctrine of fair report privilege, US District Court Judge Ursula Ungaro ruled on Wednesday in Miami. 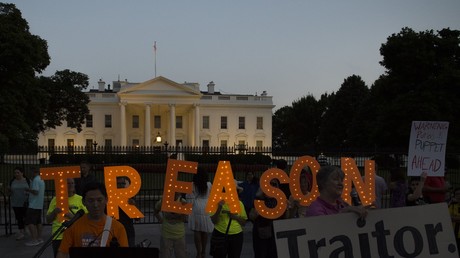 “The privilege exists to protect the media while they gather the information needed for the public to exercise effective oversight of the government,” Ungaro wrote in her decision. “The privilege protects the media even when they report on official action that the government would like to keep secret.”

A filing submitted with the judge’s ruling revealed that David Kramer, a longtime associate of the late Senator John McCain, gave the dossier to BuzzFeed reporter Ken Bensinger. Kramer also advised McCain to share the report with the CIA and FBI.

Ungaro issued her summary judgment just one day after a decision that appeared to favor the case of XBT and Webzilla founder Aleksey Gubarev, determining the plaintiff was not a public figure for the purposes of the suit and shooting down one of BuzzFeed’s arguments in the process. As a private citizen, Gubarev would only need to prove BuzzFeed was “negligent” in publishing the dossier, despite known errors in the information it contained. Both parties moved for summary judgment following Tuesday’s ruling.

BuzzFeed had maintained that Gubarev was a public figure and therefore had to prove the outlet had acted with malice in publishing the unverified dossier. They pointed to the Cyprus-based businessman’s “public relations efforts” to promote his companies, a quote he gave to Bloomberg on a possible link between Trump Tower and Alfa Bank, and his hiring of a public relations firm for unrelated reasons as proof he was “actively engaged in a public debate.” Ungaro did not buy it, ruling that Gubarev, XBT, and Webzilla were “only tangential participants in the controversy.”

Gubarev sued BuzzFeed in February 2017, calling the publication of the dossier “one of the most reckless and irresponsible moments in modern journalism.” Filed simultaneously in Fort Lauderdale, Florida and London, the lawsuit accused the clickbait merchant of damaging the reputation of Gubarev and his companies by implicating them in the hacking of Democrats during the 2016 US presidential election. This left his reputation “in tatters” and endangering both the security of his family and the economic prospects of his companies, Gubarev claimed.


The dossier was commissioned by Hillary Clinton’s campaign, and authored by British intelligence operative Christopher Steele. Steele himself has admitted as part of another defamation case – this one brought by Alfa Bank shortly after Gubarev – that he compiled the dossier to help Clinton’s campaign challenge the validity of the 2016 election.

BuzzFeed spokesman Matt Mittenthal remained confident that the public interest of publishing the report would win out over Gubarev’s right as a private citizen not to be libeled, telling Politico that “The Dossier was the subject of official action by our government, briefed to two consecutive presidents, and under active and ongoing investigation by the FBI.”

Upon being briefed on the dossier’s contents, Trump called BuzzFeed a “failing pile of garbage,” emphasizing the information it contained was “false and fake and never happened.” Gubarev has insisted from day one that the allegations pertaining to him are also “fake news.”