Senate Republicans are delaying their final vote on tax reform after heated debates nearly sent the bill back to committee. The bill has gained Senator John McCain’s (R-Arizona) support, but other Republicans still need convincing in order for it to pass.

On Thursday, Senate Majority Leader Mitch McConnell (R-Kentucky) called to delay the next vote on their version of the Tax Cuts and Jobs Act until 11:00 am Friday, as Republicans make final changes to ensure they have the votes.

McCain, who was considered to be a key holdout, released a statement, saying that he would support the bill. McCain called the bill “far from perfect,” but said that it would “enhance American competitiveness, boost the economy, and provide long overdue tax relief for middle-class families.”

However, even with McCain’s vote, Republicans can’t afford to lose more than two votes from their caucus, or the bill fails.

During the floor debate, Senators Bob Corker (R-Tennessee), Jeff Flake (R-Arizona) and Ron Johnson (R-Wisconsin) sparked tension when they initially withheld support on a vote to move forward with the bill.

Several lawmakers huddled around the senators until they eventually voted “nay” on a motion to send the bill back to the Finance Committee, which would have stalled the vote.

Corker, who announced he will not seek reelection next year, wanted to add a “trigger mechanism” to the bill that would automatically increase taxes if the bill failed to boost the economy and generate enough revenue to cover the estimated deficit expansion.

“It doesn’t look like the trigger is going to work, according to the parliamentarian,” Senate Majority Whip John Cornyn (R-Texas) said, according to Politico. “So we have an alternative, frankly: a tax increase we don’t want to do to try to address Senator Corker’s concerns.”

Senator Susan Collins (R-Maine), who has yet to commit to the bill, proposed an amendment to increase the corporate tax rate from 20 percent to 22 percent in order to allow homeowners to deduct up to $10,000 in local property taxes on their federal returns.

“I have talked with many CEOs who have called to lobby me and they start as saying that they’d really love to have the rate go to 20, and then I say, what about 22 percent? Would that change your decision-making?” Collins said, according to Politico. “And they say we’d be happy with 22 percent.”

Senators Johnson and Steve Daines (R-Montana) initially withheld support over concerns that the bill would benefit businesses paying the corporate tax rate over businesses that are taxed on an owner’s individual returns. 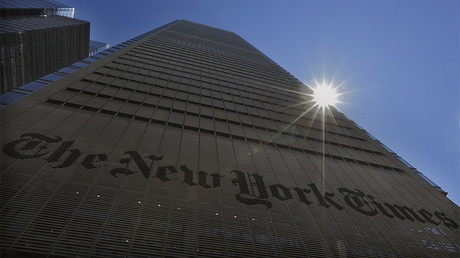 Senators Bernie Sanders (I-Vermont) proposed an amendment that would require a two-thirds vote to make cuts to Social Security, Medicare, and Medicaid benefits.

“It is my absolute belief that as soon as this tax proposal is completed and drives the deficit up by $1.4 trillion, I have zero doubt that my Republican colleagues are going to come back to the floor of the Senate and suddenly say, ‘Oh my goodness, the deficit has gone up, we have got to cut Social Security, Medicare, and Medicaid,” Sanders said Thursday.

Sanders demanded that Senator Pat Toomey (R-Pennsylvania) guarantee that he would not vote to cut the programs in the future.

Toomey promised not to support “any cuts to people who are on the program and need those benefits.”

“There it is!” Sanders interrupted. “He just told you he’s going to cut Social Security.”

Sanders said Republicans are planning to raise the retirement age to 70 or privatize Medicare.

Toomey responded that if Republicans wanted to make cuts to any of those programs, they could have added it to the current bill.

“There is no secret plan,” Toomey said. “If we wanted to make these changes in Medicare and Medicaid this would be the vehicle because we have reconciliation protection to do it.”

Tonight I asked my Republican colleague Sen. Toomey to guarantee to the American people there would not be cuts to Social Security, Medicare and Medicaid after this tax bill. He couldn’t do that. pic.twitter.com/Svd2F8o2Ny

On Thursday, the nonpartisan Joint Committee on Taxation released an analysis that the estimates the tax bill could generate enough growth to create nearly $408 billion in new revenue, but would add an estimated $1 trillion to deficits.