A Jewish rights organization has taken three local councils to court, alleging discrimination over the public authorities’ decision to boycott Israeli goods produced in illegal settlements in the West Bank.

Jewish Human Rights Watch (JHRW) has taken Swansea, Gwyneedd and Leicester councils to the High Court in London, alleging their boycott of Israeli goods is anti-Semitic and violates the 2010 Equality Act. 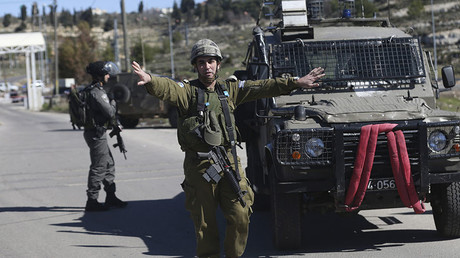 A solicitor for JHRQ, Robert Festenstein, said: “We would like to see the motions quashed. I don’t understand why they would pass it in the first place.

“I mean, they wouldn’t pass a motion saying something derogatory about women, so why would they do that about Jews?”

Andrew Sharland, a lawyer representing Leicester’s council, which approved the boycott back in 2014, said the JHRW is trying to “stifle criticisms of Israel.”

“What this challenge really concerns is criticism of the State of Israel, and the claimant’s desire to suppress it,” he said.

A number of councils across the country began boycotting Israeli goods around 2009 in response to Israel’s invasion of Gaza.

Earlier this year, the government issued guidance to public authorities saying such boycotts are “inappropriate” unless formal legal sanctions or embargoes have been put in place by central government.

The campaign group War on Want has decried the JHRW legal challenge as “shameful.”

War on Want senior campaigner Ryvka Barnard said: “It’s shameful that local councils are being attacked for ensuring their policies are in line with international and UK law.

“The illegal settlements are a part of the systematic abuses of international law and human rights committed by Israel against the Palestinians.”

Labour Party leader Jeremy Corbyn has also criticized the government’s guidance on boycotts as an “attack on local democracy.”