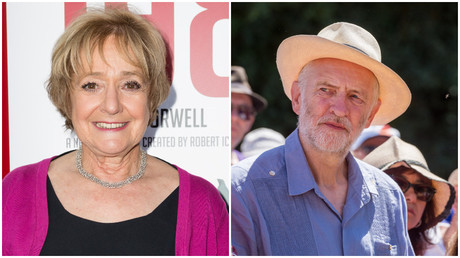 A leading representative of a group of Jewish Labour Party members has described as “unacceptable” claims by a former minister that Jeremy Corbyn was a “f****** anti-Semite,” and demanded an apology on RT’s Going Underground.

Richard Kuper, co-founder of Jewish Voice for Labour said the alleged accusation made by Barking MP Margaret Hodge was “absurd” and maintained that the Labour leader “is not and has never been an anti-Semite or a racist.” Hodge has since denied using the expletive.

He also called for the former minister to apologize to Corbyn for what he called “unacceptable behavior.”

Describing the International Holocaust Remembrance Alliance (IHRA) definition of anti-Semitism as “not a particularly useful definition,” Kuper said its original purpose was to act as a “working definition to collect comparative statistics about anti-Semitism” but had since proved “not fit for purpose.”

“The IHRA definition makes it appear that criticism of Israel is likely to be anti-Semitic,” he said.

Kuper’s comments came after three rival Jewish newspapers in Britain took the unprecedented move of collaborating to share similar front pages branding Corbyn as an “existential threat to Jewish life,” and accused him of diluting the IHRA’s definition

READ MORE: Home Secretary under fire for suggesting Corbyn has ‘a problem with Jews’

Jewish Voice for Labour is one of 40 Jewish groups across 15 countries to back Corbyn’s leadership as part of an international coalition rejecting the idea that criticism of the Israeli state is “anti-Semitic.”