AOC, if you haven’t heard, is a 29-year-old Democratic socialist. Earlier this year, she became the youngest woman ever elected to Congress.

Today, we turn to our founder Doug Casey for his thoughts on AOC and her policies. But Doug gets into much more than AOC. As you’ll see, he also explains why socialism isn’t just an intellectual failing… but also a moral failing.

If you’ve been following the Dispatch this week, you know we’ve been featuring Doug’s most politically incorrect and controversial opinions… and today’s essay is no exception…

Most likely Alexandria Ocasio-Cortez (AOC) is the future of the Democratic Party – and of the U.S. 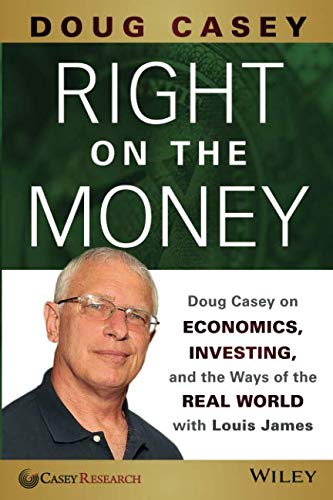 She’s cute, vivacious, charming, different, outspoken, and has a plan to Make America Great Again. And she – or at least her handlers – is shrewd. She realized she could win by ringing doorbells in her district, where voter turnout was very low, and about 70% are non-white. There was zero motivation for residents to turn out for the tired, corrupt, old hack of a white man she ran against.

The things she says are politically astute, although she herself doesn’t seem very intelligent. In fact, she’s probably quite stupid. But let’s define the word “stupid.” Otherwise, it’s just a meaningless pejorative – name-calling. Which I want to avoid.

But in fact she doesn’t appear to have a very high IQ. I suspect that if she took a standardized IQ test, she’d be someplace in the low end of the normal range. But that’s just conjecture on my part, entirely apart from the fact a…