The Trump administration is reportedly planning to privatize the International Space Station (ISS).

According to a NASA document seen by the Washington Post the administration wants to handover some of the space station’s operations to private industry after 2024. The news follows reports last month that the US government is keen to cease funding the habitable satellite in order to save around $4 billion a year.

READ MORE: US may defund International Space Station after 2024 – reports

The NASA document states that while the US does not want to pull the plug on the venture entirely, it is looking to hand “certain elements or capabilities” over to the private sector.

“The decision to end direct federal support for the ISS in 2025 does not imply that the platform itself will be deorbited at that time – it is possible that industry could continue to operate certain elements or capabilities of the ISS as part of a future commercial platform,” the document reads.

“NASA will expand international and commercial partnerships over the next seven years in order to ensure continued human access to and presence in low Earth orbit.” 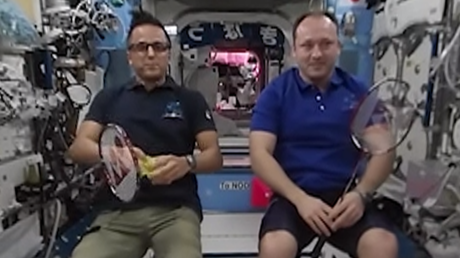 The US has spent nearly $100 billion building and operating the ISS over the course of the project’s lifespan. The vessel’s funding was extended by NASA and its Russian counterpart, Roscosmos, as recently as 2015.

The plan to turn the ISS over to the private sector will likely be met with staunch opposition with Republican Senator Ted Cruz already expressing grave reservations about defunding the station.

A budget proposal regarding the future of the ISS is expected to be released Monday. Roscosmos reportedly has plans in place for how it could operate the space station if the US were to withdraw funding. Some of the options thought to be on the table include cooperating with China and undocking the Russian part of the satellite.