The IRS will no longer reject tax filings of those who do not have health insurance under the Affordable Care Act (ACA) in direct response to President Donald Trump’s executive order to “ease the burden of Obamacare.”

Under the ACA mandate, the Internal Revenue Service (IRS) was in charge of ensuring that taxpayers either maintained qualifying health coverage, qualified for an exemption or paid a tax penalty known as the “shared responsibility payment.”

On Wednesday, the IRS announced that taxpayers would not need to fill out line 61 on form 1040, indicating that they are covered by qualified health insurance under the ACA mandate.

Taxpayers who did not fill out the line or include an exemption form were labeled as “silent” returns in agency parlance, and they were rejected for processing.

Starting this year, taxpayers that leave line 61 blank or do not have an attached exemption form included, will no longer be automatically rejected.

The IRS says it was acting in direct response to Trump’s executive order. “The recent executive order directed federal agencies to exercise authority and discretion available to them to reduce potential burden,” the IRS said in a statement.

“Consistent with that, the IRS has decided to make changes that would continue to allow electronic and paper returns to be accepted for processing in instances where a taxpayer doesn’t indicate their coverage status,” the agency wrote.

The agency said the change was also made to reduce the strain on taxpayers.

“Processing silent returns means that taxpayer returns are not systemically rejected by the IRS at the time of filing, allowing the returns to be processed and minimizing burden on taxpayers, including those expecting a refund,” the agency wrote in their statement. 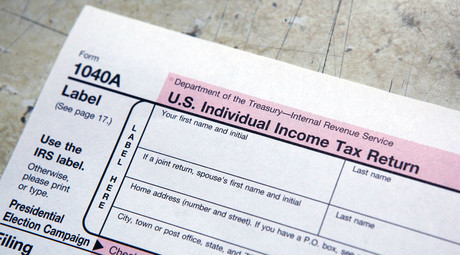 The IRS reinforced this sentiment in its statement, saying, “legislative provisions of the ACA law are still in force until changed by the Congress, and taxpayers remain required to follow the law and pay what they may owe.”

In 2014, the first year that penalties were issued, approximately 7.5 million Americans reported paying a total of $1.5 billion in individual shared responsibility payments, according to IRS commissioner John Koskinen.