The United Kingdom has gone back on a deal with Ireland, the Irish Taoiseach has suggested. Ireland’s leader Leo Varadkar said the UK had met a Brexit agreement that satisfied the concerns of his people, and was “surprised and disappointed” when it fell through.

“We hope to be in place in just over an hour’s time that the Taoiseach will be able to make a positive statement to the country,” he said. “Certainly, the indications we have is that we are in a much better place than we have been in Brexit negotiations to date.”

Since the Deputy Prime Minister’s words, UK PM Theresa May appears to have reneged on the agreement that seemed to have been reached with Ireland over its border with Northern Ireland post-Brexit.

Speaking to media Varadkar did not hold back, instead throwing the Tory prime minister under the bus.

“Following the government meeting this morning, the Irish negotiating team received confirmation from the British government and the Barnier task force that the United Kingdom had agreed a text on the border that met our concerns,” Varadkar  said.

“I am surprised and disappointed that the British Government now appears not to be in a position to conclude what was agreed earlier today. 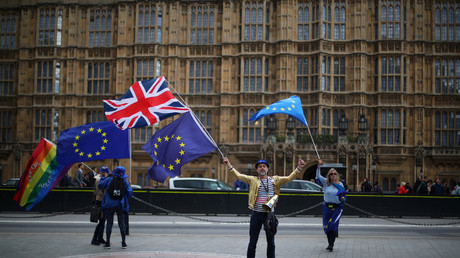 “I accept that the Prime Minister has asked for more time, and I know that she faces many challenges, and I acknowledge that she is negotiating in good faith, but my position and that of the Irish government is unequivocal, and it’s supported by all of the parties in Dáil Éireann, and I believe the majority of people on these islands.”

Leaks from multiple sources suggested that May was preparing to give in to the Republic of Ireland’s request for special consideration. The leaks seem to have been the cause of a Unionist backlash, with the Democratic Unionist Party hosting an emergency press conference and speaking to the PM on the phone directly.

DUP leader Arlene Foster made her party’s stance clear, telling the media she would not accept any move “which separates Northern Ireland economically or politically from the rest of the United Kingdom.”

It is thought that Foster’s stance was the catalyst behind May’s Brexit balk, however Downing Street sources told the BBC that it was not only the intervention by the DUP that meant a deal was not made.

We will not accept any form of regulatory divergence which separates Northern Ireland economically or politically from the rest of the United Kingdom. pic.twitter.com/uCBVdfVQTJ

Foster’s dissent came shortly after a draft 15-page joint statement from the European Commission and the UK stated that “in the absence of agreed solutions the UK will ensure that there continues to be continued regulatory alignment” with the internal market and customs union.

Brexit negotiations are due to continue in Brussels this week.