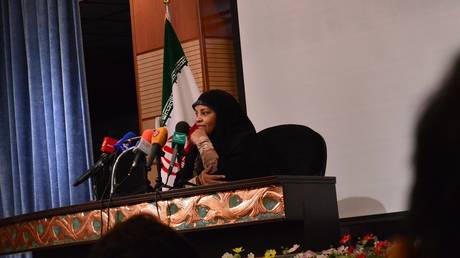 A PressTV journalist has been mysteriously detained for over 48 hours by the FBI after she was apprehended at St. Louis Lambert International Airport while traveling to visit family, the network has learned.

The state-run, English-language Iranian network says its journalist and anchor Marzieh Hashemi was detained at St. Louis Lambert International Airport, Missouri and sent to Washington DC, where she is currently being held in an FBI detention facility. No charges have been filed against her, and no reason was given for her detention, according to the network.


The journalist claimed that her hijab “had been removed against her will” during custody, and that US officials denied her access to halal or vegan food for several days, leaving her with only pretzels and bread.

Hashimi was born as Melanie Franklin in New Orleans, Louisiana. She moved to Iran in 2008. She was on a trip to visit her ill brother and other relatives when she was detained, PressTV said. Hashimi’s relatives reportedly lost contact with her for 48 hours and only recently learned that she was being held by the US authorities.