Over the next few weeks, the International Criminal Court (ICC) could open an investigation into war crimes and crimes against humanity in the Afghan war, including those allegedly committed by American troops, Foreign Policy magazine reports.

Citing “several knowledgeable sources,” the magazine claims that the ICC’s chief prosecutor, Fatou Bensouda, is several weeks from launching a thorough and comprehensive investigation into violations in conducting war that could implicate US soldiers, Taliban insurgents and, possibly, the Afghan government.

If indeed launched, the investigation would be the first of its kind. The ICC has never considered bringing war crimes charges against American army personal for acts committed in Afghanistan before.

While the investigation will be neatly timed to forgo the US presidential elections, it is expected to be set up by no later than the end of this year, Foreign Policy says. The report adds that a US delegation allegedly made a recent trip to The Hague, which hosts the ICC, to find out more about the possible scope of the probe.

It remains unknown if the prosecution would go so far as to charge American servicemen with war crimes, as such allegations need to be backed by a preponderance of incriminating evidence, which the ICC does not boast as of now.

To proceed with the investigation, the prosecutor would have to establish that the allegations have not been properly dealt with by American authorities, but the ICC has already slammed US authorities responsible for oversight for being reluctant to bring serious charges against servicemen involved in the ill-treatment of detainees.

If all of the conditions are met, a three-judge panel would decide if the court will take on the issue, as no member-state, but only the prosecutor herself, has requested that the proceedings be launched.

In its report on Preliminary Examination Activity from November of last year, the court pointed out that the US Committee against Torture, which was specially established to look into multiple reports of CIA operatives and service members torturing and abusing detainees in Afghanistan following 9/11, might have been too lenient in punishing those implicated in committing war crimes. 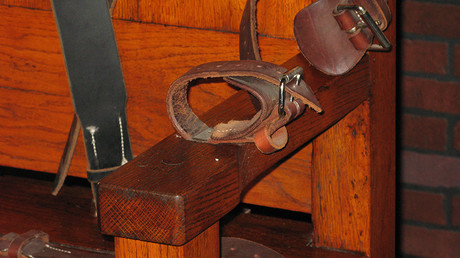 The report says that, despite the US government’s claim that the Pentagon has conducted “thousands of investigations since 2001 and prosecuted or disciplined hundreds of service members for mistreatment of detainees and other misconduct,” the charges were “administrative,” not “criminal,” and those “higher than the brigade commander level” were never subjected to disciplinary measures. Moreover, some of the investigations found excuses for the mistreatment of the suspects in “unclear policy guidance,” “insufficient training,” or “command failures.”

Based on the evidence available, the court concluded “that victims were deliberately subjected to physical and psychological violence” committed “with particular cruelty.”

Washington has long claimed that the ICC does not have jurisdiction over the US, and, therefore, its citizens are not subject to its rulings, as the US has never ratified the Rome Statute that established the court in the first place.

However, the court argues that, since Afghanistan ratified the Rome Statute in February 2003, all crimes committed on its territory or by its nationals since then fall under its jurisdiction.

In December of 2014, a Senate report was released detailing the torture and abuse committed by CIA personnel at clandestine prison facilities set up by the US, including those in Afghanistan, which gave a glimpse at the various torture techniques that US troops used on prisoners, ranging from waterboarding and heat deprivation, to hanging them from a bar. Some suspects were detained for years without charge. While the report contains over 6,000 pages, only a short, heavily redacted summary of about 500 pages has been released. To date, Washington has not paid any compensation to the 119 victims found to have been held and tortured in CIA custody.