One mayor’s decision to cut police oversight has allowed a department in Indiana to become a law unto itself; staffed with a gallery of rogue, undisciplined and shady officers.

Drew Neese was elected mayor of Elkhart, Indiana in 2015. Among his biggest donors were the Fraternal Order of Police, and throughout his campaign, Neese “made it clear that he wants all of the city’s officers going home at night without second-guessing themselves and the decisions they make,” a local CBS affiliate reported at the time.

Step one was appointing a new police chief. Neese chose Ed Windbigler, a military veteran and campaign supporter, for the role. According to an extensive  report from nonprofit newsroom ProPublica, Windbigler had a questionable record. 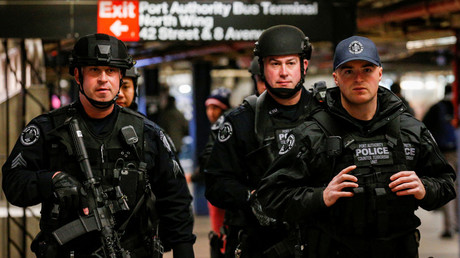 Five reprimands for car crashes, inappropriate behavior, and poor leadership didn’t faze Neese. Neither did Windbigler’s history of racially-motivated attacks and brutality allegations that led the city’s Public Safety Board to tell him that he “lacked a level of tolerance and self-control so important to those who succeed in your chosen career.”

Nor, it seems, did Windbigler’s enthusiasm for promoting officers who had been investigated, disciplined, or suspended themselves.

Out of 34 supervisors at Elkhart PD, 28 have a disciplinary record. 15 have been suspended from the force at least once, seven have taken part in at least one fatal shooting, and three have been convicted of a crime while on the police force. Windbigler still promoted 18 of these officers since taking over the reins.

There was Sergeant Jack Oldroyd, who pulled a sleeping woman out of a car, tased her, and sicced a dog on her, all before charging her with battery on a police officer. After the charges were dropped, and it emerged that the sergeant threw her personal belongings in the trash back at the station, he was convicted of a misdemeanor, spent a year on probation, and was demoted.

Five years later, Oldroyd was suspended for intoxication and was disciplined for “touching” a woman he brought back to a hotel room from a strip club, all while a fellow officer video recorded the encounter.

Oldroyd was promoted during Windbigler’s first month as chief.

Among the laundry list of crimes, infractions and complaints made against Windbigler’s team are fatal shootings of unarmed suspects, excessive brutality, sexual misconduct, and flippant comments made on social media about police-involved shootings.

Before Neese took over, Elkhart’s police department was overseen by the city’s Public Safety Board. Since then, Neese has shifted oversight to a Police Merit Commission, a two-man panel with both members chosen by the police department itself.

Elkhart’s police chiefs brought an average of 20 disciplinary cases a year before the Public Safety Board before 2016. In 2016, Windbigler didn’t bring a single case before the Merit Commission.

Just this month, the city announced that two officers will be charged with battery after video surfaced showing them beating a handcuffed suspect who had become uncooperative. Windbigler had told the oversight board that the two officers “just went a little overboard when they took him to the ground,” neglecting to mention that the video showed them punching the suspect repeatedly in the face.

While Neese admitted that “in hindsight,” more serious discipline should have been handed down by Windbigler, the mayor stuck doggedly by his top cop. “I think probably Chief Windbigler was not attempting to mislead anyone,” he told reporters.

Since then, Neese has  called for an independent investigation of the incident to be carried out by Indiana State Police.

“Neese wants to assure the community that he is taking this incident seriously and asks for patience and objectivity as the investigation moves forward,” read a statement from the city.

At this stage, whether anyone believes him is another story.