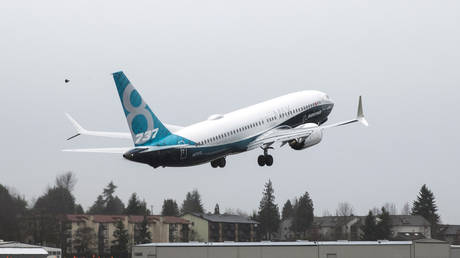 The Senate transportation committee is seeking answers from the FAA after a number of whistleblowers alleged that the agency inspectors who’d evaluated the Boeing 737 Max had lacked proper training and valid certifications.

“In light of recent 737 crashes in Indonesia and Ethiopia, the committee is investigating any potential connection between inadequate training and certification of Aviation Safety Inspectors who may have participated in the FSB evaluation of the 737 MAX,” Sen. Roger Wicker, chairman of the Senate committee on commerce, science and transportation, wrote to the Federal Aviation Administration’s Acting Administrator Daniel Elwell on Tuesday.

After reviewing available documents and information obtained from whistleblowers, Wicker assessed that the FAA might have been aware of these deficiencies as early as August 2018, two months before the first deadly accident with the brand-new plane. The committee believes that potential lack of training “may have led to an improper evaluation of the Maneuvering Characteristics Augmentation System (MCAS),” which resulted in two fatal crashes of the Boeing flagship aircraft, last October and in March of this year.


In light of this, Senator Wicker asked Elwell to answer a number of questions concerning the allegations and what actions the FAA has taken to address the “potential deficiencies.” While Elwell has yet to issue a response to the letter, the civil aviation watchdog did note that it “welcomes external review of our systems, processes, and recommendations.”


After a total of 346 people were killed in two Boeing 737 MAX crashes within a five-month period, the company is currently working on a software fix for the plane’s flight control systems. Investigators believe the MCAS system – which adjusts the tail to keep the plane’s nose level in flight – are to blame for the tragedies. Until the issues are resolved, Boeing’s best-selling jets remain grounded worldwide.