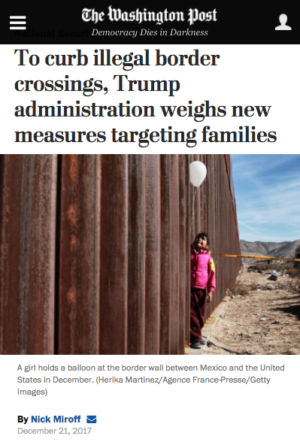 President Trump’s far-right immigration policies have US corporate media reaching to the white nationalist fringes of the faux-think tank world to provide “both sides” coverage on the topic.

The Center for Immigration Studies has, since January 2017, taken an outsized role in American media as Trump’s go-to defender for his overtly white nationalist immigration policies. There’s one problem with this: The Center for Immigration Studies is, according to the Southern Poverty Law Center (SPLC), a hate group with a long, documented history of nativist and white nationalist leanings. Over the past month alone, leading papers like the Washington Post, New York Times and Wall Street Journal have boosted and normalized CIS, using them to “balance” out their stories on Trump’s anti-immigrant initiatives: 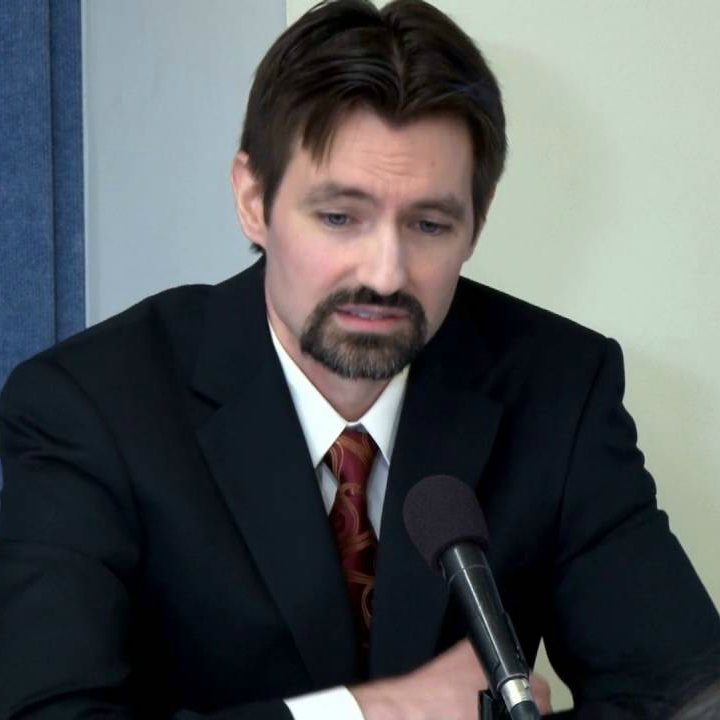 CIS’s Jason Richwine (Mother Jones, 5/8/13): “You have Jews with the highest average IQ, usually followed by East Asians, then you have non-Jewish whites, Hispanics, and then blacks. These are real differences, and they’re not going to go away tomorrow, and for that reason we have to address them in our immigration discussions.”

“Favoring restrictions on immigration” and “seeks to reduce immigration,” of course, would be incredibly euphemistic ways to describe a hate group. SPLC isn’t the final word on whether a group ought be seen as far outside the mainstream, but its reasoning on CIS is compelling. Heidi Beirich, director of SPLC’s Intelligence Project, laid it out last year (America’s Voice, 2/15/17):

CIS has a long history of bigotry, starting with its founder, white nationalist John Tanton, but in 2016, the group hit a new low. CIS commissioned Jason Richwine, a man whose PhD dissertation endorses the idea of IQ differences between the races, to write multiple reports and blog pieces for the organization. The group also continued to circulate racist and antisemitic authors to its supporters and, finally, staffer John Miano attended the white nationalist group VDARE’s Christmas party in December.

As PolitiFact (3/22/17), a factchecking organization, noted when it examined the issue of CIS “hate group” status:

CIS circulates a weekly email listserv with dozens of links to articles about immigration. The SPLC said that these emails have highlighted articles by “white nationalists” such as Paul Weston, a Holocaust denier, and articles by American Renaissance, run by Jared Taylor, who has made racist statements about blacks. One article, entitled “Voting for Hillary Equals More Muslim Killings of Americans,” claimed that Clinton’s assistant “works fervently for Sharia law in America,” and that Trump would give the United States a chance to “survive this immigration invasion.”

Just as with NPR’s reliance on SPLC-labeled “extremist” group, the deeply Islamophobic Center for Security Policy, to provide “balance” on the issue of Iran as it pertains to Trump’s extremism (FAIR.org, 2/7/17), the tactic of racist, xenophobic and outright white nationalist elements passing as mainstream by simply rebranding themselves as a generic-sounding think tank with “institute” or “center” in its name is a pernicious one. This has always been a marketing ploy of far-right groups, but the rise of Trump—whose candidacy and presidency are defined by white nationalist dog whistles and pandering—makes the practice that much more dangerous.

Major outlets like the New York Times, Washington Post and Wall Street Journal are turning to extremist groups to provide the pretense of balance as the government moves further to the far right on immigration. This inclination speaks to the pitfalls of “balance” as an overarching principle. One of the more subtle ways the media normalize Trump is by normalizing previously fringe groups that have grown more powerful in his orbit. Not giving these hate groups a platform would be ideal; disclosing their white nationalist ties when quoting them should be the bare minimum.