This week saw the historic, unlikely meeting of a U.S. president and a leader of North Korea — a moment that felt less likely than nuclear war only a few months ago.

In OtherWords, Lindsay Koshgarian says that if Trump is giving diplomacy a chance, his critics should, too — but adds that the president himself will have to take diplomacy a lot more seriously than he has to date.

Another unlikely turnaround from Trump? Criminal justice reform. Ebony Slaughter-Johnson looks this week at the president’s newfound interest in pardoning people unjustly behind bars. It’s a good thing, she says, but it’s no substitute at all for better policy.

Also this week, Mona Younis takes a global perspective and argues that Americans expect far too little of their leaders, compared to other countries. Josh Hoxie shows that the gap between the richest Americans and the rest is far bigger than most of us realize. And Jill Richardson argues that the real scandal going on at the EPA is its leader’s refusal to protect the environment.

Finally, Jim Hightower imagines a nightmare scenario in which Amazon takes over the Postal Service. And Khalil Bendib illustrates what he calls “Trumpatriotism.” 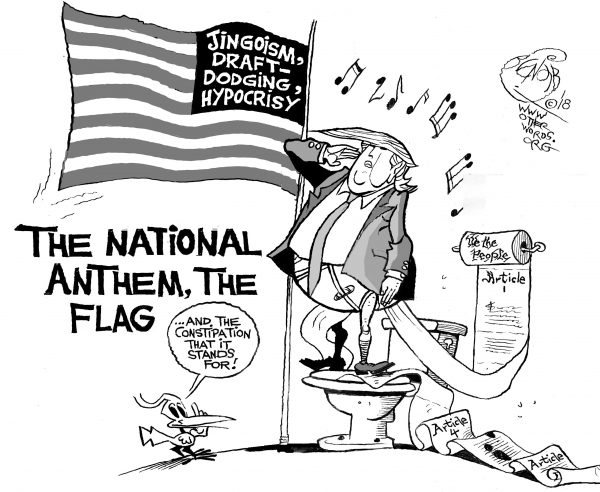