Former British PM Tony Blair may not be jailed but will be “dragged before the bar of the House” for lying to parliamentarians over the Iraq war, former Labour and Respect MP George Galloway told RT.

The massively delayed and hugely controversial Chilcot Inquiry, set to be published on Wednesday, was tasked with examining the first eight years of the war, starting with the run-up to hostilities and including the period of occupation.

It is expected to be heavily critical of Blair, but will not call for criminal charges against him.

The International Criminal Court (ICC) has ruled out trying Blair for war crimes, but speaking to RT, Galloway says Blair will “be tried elsewhere.”

He says an impeachment process will “definitely be launched” by the many MPs who are trenchant opponents of the war, including Labour leader Jeremy Corbyn.

“The members of parliament long ago reached the judgment that Tony Blair lied to the House, which is [as] grave an offense [as] any prime minister can commit against democracy, against the parliament,” he said. 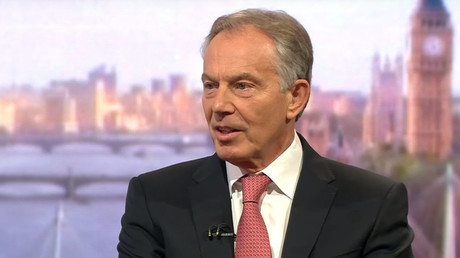 “And so an impeachment process will definitely be launched … if you think about it, which MPs are going to go through the lobby to vote for Tony Blair after Chilcot and after the carnage that we have seen in Iraq?”

Galloway says it is possible Blair could be sent to prison by the House, but an impeachment would be just as bad for the former PM.

“He will have to be brought before the bar by the sergeant at arms … and he will have to stand there and face the music by the parliamentarians whom he misled.

“And for a man like him, that’s in a way almost as bad as going to jail.”

There will be sanctions against Blair, which could include him being barred from ever seeking public office again, Galloway says.

“It is only just a day or two ago he was volunteering himself to be the British negotiator with the EU for our Brexit. The man has no shame.”

Scottish MP Alex Salmond has speculated that the ongoing coup against Labour chief Jeremy Corbyn was launched by a core of right-wing Labour MPs because they fear the anti-war leader will seek the impeachment of Blair. 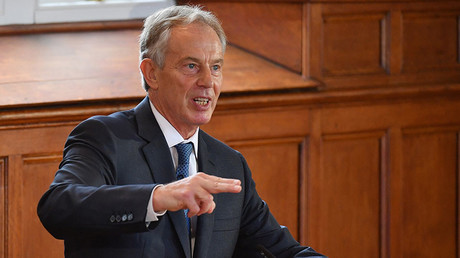 Galloway agrees, saying the attempt to oust Corbyn certainly has connections to the Chilcot inquiry.

“I have no doubt at all. You’ve only got to look at who the controlling hands are in this coup and they all lead back to … Tony Blair.

“And if you don’t believe that, I’ve got a London bridge I’d like to sell you.”

An anti-war protest will gather in Westminster on Wednesday calling for Blair to “face the full force of the law.”

Kate Hudson, general secretary of the Campaign for Nuclear Disarmament (CND), says the Iraq war “disaster” began with a lie.

“If Tony Blair and other politicians responsible had told the truth it would never have happened. A country was destroyed, millions of innocent Iraqis were killed, British soldiers were killed, and terrorism has spread across the Middle East.

“No one is exempt from justice,” she said.