An imam who beat his pupils “until it became normalized” has been jailed for 17 months after CCTV footage revealed up to 109 assaults on children attending his Islamic study classes in a Rochdale mosque.

Father-of-five Abdul Rauf, 51, admitted on Monday to two charges of causing actual bodily harm against two children aged 10 and 12, as well as 19 assaults on unidentified children.

Some 40 hours of footage analyzed by Greater Manchester Police officers show “consistent assaults” at the hands of the imam in a mosque on Crawford Street.

Inspector Phil Key, of Greater Manchester Police, said: “Abdul Rauf is a nasty, bully of a man who beat the children in his classes until it became normalized. 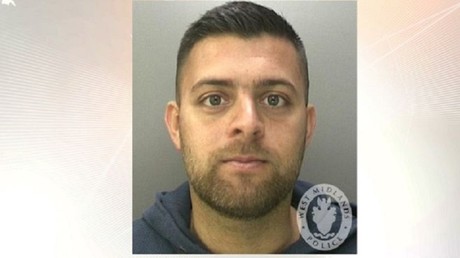 “The children were left cowering and holding onto their ears, their arms and their legs after he repeatedly used violence as a punishment.

“The parents of the children had no idea that they were leaving their children in the care of a man who would leave them writhing in pain and covered in marks and bruises.

“Rauf left the children intimidated and afraid to tell their parents about his bullying tactics.

“I dread to think how many children’s lives he has affected over the years, we are doing all we can to support those children and their families that we know about.”

The abuse came about when a pupil told his school teacher that he and another boy had been assaulted at the local mosque.

Rauf, of Sussex Street in Rochdale, has been jailed for one year and 5 months. He must serve at least half his sentence before being considered for release.

Judge Michael Duck, sentencing at Manchester’s Minshull Street Crown Court, said: “You subjected these children to petulance and violence, smacking or hitting a child if they did not comply with your will.

The 51-year-old’s defence lawyer, Ahmed Nadim, said his defendant had been shunned by the local community as soon as the extent of his offenses came to surface.

He said: “The defendant displayed Dickensian attitudes towards teaching and feels a level of corporal punishment is appropriate.

“It is to do with his understanding of how appropriate teaching may be engaged in.

“It is not to do with the victims’ young age or vulnerability, but a failure on his part about what appropriate teaching methods may be employed,” Nadim said, Manchester Evening News reported.