Fallon told the Munich Security Conference that three to 4 million young men could set out for Europe if the regime falls apart, bringing with them the threat of terrorism.

Fallon insisted that NATO should not pull out or “we here will feel the consequences, very directly.” 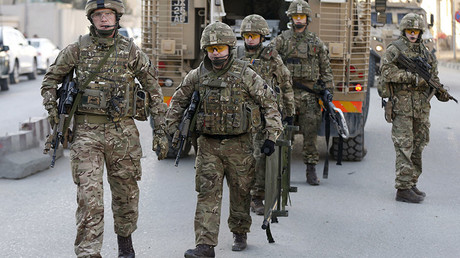 “If it was right to go in, it has to be not right to leave before the job is done,” he said in a debate on whether the 15 year mission had been a failure or a success.

“If this country collapsed we here will feel the consequences, very directly. There could be 3, 4 million young Afghan men sent out by their villages to migrate westwards. And they are heading here, they are heading for Germany or Britain.”

“That could be the consequence if this entire country collapses.”

Echoing recent hints by Armed Forces Minister Mike Penning UK troops could be redeployed to the war-torn country, Fallon said, “We are asking the government of Afghanistan and their military to deal with the same situation that we had ten times as many troops to deal with.”

Penning’s comment were not widely reported at the time.

“We have no plans to draw-down, actually there is a possibility that we might uplift because of what we are being asked to do,” he told the Defense Select Committee on February 10.

“I have not been formally asked, but I might as well be honest with the committee. That’s a possibility.”

Penning recently returned from Afghanistan and said he had made the assumption based on conversations with coalition forces.

At the height of the Afghan War there were 9,500 UK troops deployed. Of these, 456 were killed.

There are currently around 500 conventional troops deployed to the country.