Surveillance cameras are already so ubiquitous we barely see them. Soon, at least in one US state, we literally won’t be able to see them, as federal authorities are stocking up on “covert systems.”

The Drug Enforcement Agency (DEA) and Immigration and Customs Enforcement (ICE) are stepping up their surveillance game in Texas. Since June, the DEA and ICE have been quietly stocking up on covert surveillance technology from a Houston, TX company called Cowboy Streetlight Concealments. Between the Dallas Mission Support office and the Office of Investigative Technology in Lorton, VA, they’ve spent $50,000 with the company so far, according to purchase orders.

The DEA earlier this week issued a call for bids on “concealments made to house network PTZ [Pan-Tilt-Zoom] camera, cellular modem, cellular compression device.” While traditional surveillance cameras mounted on streetlight poles are old-hat – many of us are so inured to being watched that we no longer notice them – we could at least see them if we looked. With this technology, they see you, but you can’t see them. 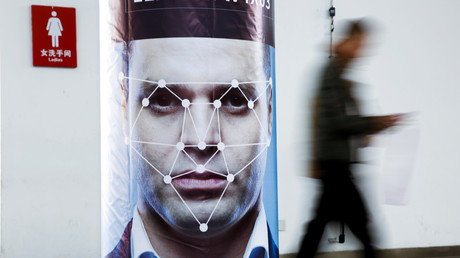 Christie Crawford, co-owner of Cowboy Streetlight Concealments, declined to share the details of the company’s federal contracts but did have a few words for those on the other end of the lens. “Things are always being watched. It doesn’t matter if you’re driving down the street or visiting a friend, if government or law enforcement has a reason to set up surveillance, there’s great technology out there to do it,” she told Quartz.

The DEA and ICE are merely following in the footsteps of local law enforcement agencies. On Thursday, Jersey City Police Department contracted with Obsidian Integration – the same company that is the frontrunner for the DEA contract – for “the purchase and delivery of a covert pole camera.” No further information is given, and the “covert systems” section of Obsidian’s website is restricted to registered law enforcement customers.

Amazon.com has been aggressively pitching its Rekognition facial-recognition software to ICE since June, according to emails uncovered by the Project for Government Oversight, though it is not known to what extent the agency has adopted the program.