A new UK government tool to combat money laundering is under fire. Experts differ on Unexplained Wealth Orders (UWO), some brand them a danger to human rights, while for others they’re vital in helping to beat corruption.

The UWOs, introduced in the ‘The Criminal Finances Act 2017’, are being used by the National Crime Agency (NCA) to target suspected corrupt foreign officials who are believed to have laundered money in the UK.

The NCA believe there are billions of pounds of ill-gotten money invested in the British property market. UWOs are an attempt by investigators to force owners to disclose their wealth. Failing to adequately do so could lead to the NCA applying to the UK High Court to seize the property.

The new measures have lead to fears that the long-standing notion of innocence proceeding guilt is under threat.

Accounting expert Professor Prem Sikka, who lectures at the University of Sheffield, told RT that a “UWO reverses the norms of the English legal system,” warning that “the processes being unleashed can threaten human rights, especially as the suspicious person has to prove their innocence.”

Sikka noted that UWOs came about as “governments have difficulty in securing information about the sources and beneficiaries of hot money.” While they have only been used several times in the UK, similar measures have been in place in Australia since the early 2000s.

The wife of an imprisoned ex-Azerbaijani state banker Zamira Hajiyeva became the first person hit with a UWO. The UK resident risks losing her luxury London home after failing to provide a satisfactory account of how she could afford to spend £16.3 million, over a ten year period, in London’s Harrods store, among other expenditures. 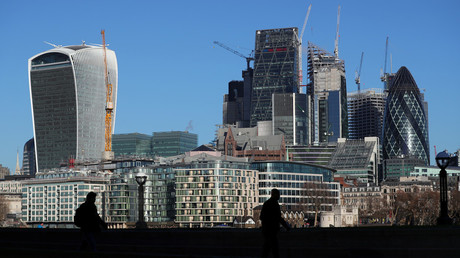 Hajiyeva, who denies any wrongdoing, is appealing the seizure.

According to Leeds University’s Professor Peter Whelan, an expert in antitrust law, the reversing of the burden of guilt “can fit within the legal limits that are placed on presumptions that exist under human rights law.”

“The High Court has already ruled that the issuing of an Unexplained Wealth Order does not violate the right to ‘peaceful enjoyment’ of one’s property, a right provided for in Article 1 of Protocol 1 of the European Convention on Human Rights,” Whelan argued.

For Whelan, the UWOs are a “proportional and reasonable response against organised crime and money laundering,” while others worry that the new measures are bringing further issues to the fore.

Lawyer Michael Potts, who specializes in the defense of financial crime, raised concerns that the measures have potential to stratify the justice system, telling RT that law enforcement might think it expedient to “simply pursue asset forfeiture rather than actual prosecutions” against the rich.

The measures could lead to the rich not being “prosecuted in the way that less wealthy people may be and that would not be consistent with public justice.”

More UWOs are expected to be issued over the coming months, how their administration will be a test, both of the UK’s adherence to human rights laws and their ability to tackle corruption.