California’s state senate has ordered a politician to stop greeting his colleagues with hugs. An investigation has found that some of those on the receiving end were uncomfortable with the gesture.

Los Angeles Democratic senator Bob Hertzberg’s penchant for hugs was so widely known that it earned him the nickname ‘Huggy Bear.’ The probe into the unwanted greetings stems from four complaints dating back to 2010.

The complaints involved three female colleagues and one man. The investigation concluded that Hertzberg’s hugs made the three women, two of whom are still colleagues, uncomfortable. The male colleague was also put in an uncomfortable position by Hertzberg “dancing briefly with his backside” against him, AP reports. 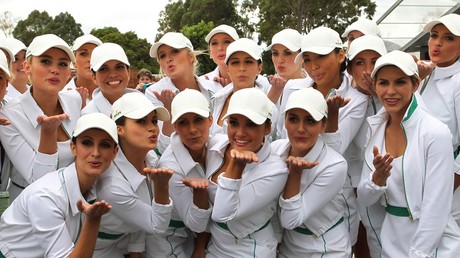 Investigators concluded that Huggy Bear’s embraces were not sexual in nature and, more often than not, were welcomed by colleagues. However, they noted that he had been made aware that his behavior had previously made some people uncomfortable and that he should have taken past complaints more seriously.

“He missed opportunities to understand that some people were genuinely troubled by his hugging,” investigators said. They also criticized the senate for not making Hertzberg aware of some complaints, saying that if he had “more information” it “may have resulted in Hertzberg correcting his conduct with respect to unwanted hugs earlier.”

In a statement the 63-year-old senator apologized “to anyone who has ever felt my hugs unwelcome.” In a letter distributed to colleagues Hertzberg said that: “All my life, a hug has been my way of greeting friends and colleagues – a gesture of warmth and kindness, a reflection of my exuberance.”

However, he also noted that he could not “control how a hug is received” and that “not everyone has the ability to speak up about unwelcome behaviour.”

As I have stated before, I apologize to anyone who has ever felt my hugs unwelcome. This letter was distributed to Senate offices in hopes that my colleagues know how seriously I take this issue. pic.twitter.com/bf9vKM3JdT

The national outcry over sexual misconduct and harassment sparked by the multitude of allegations levelled against now-disgraced Hollywood mogul Harvey Weinstein has reverberated through Californian politics. To date three of the states lawmakers have resigned over allegations of a sexual nature.