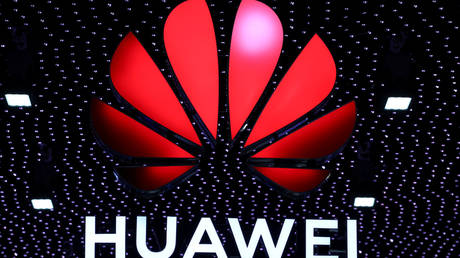 A Huawei executive hit the US where it hurts by making fun of the NSA and bringing up whistleblower Edward Snowden during a no-holds-barred speech at the world’s biggest mobile conference.

Guo Ping, Huawei’s rotating chairman, was giving a keynote speech at MWC Barcelona when he made joking reference to the US data gathering program, PRISM. Ping’s remarks were an apparent response to US allegations against the Chinese tech company that their devices pose a risk to US national security – accusations the company has strenuously denied.

“PRISM, PRISM, on the wall, who is the most trustworthy of them all?” Guo said, pointing out the irony of the US claims.

“If you don’t understand that, you can go ask Edward Snowden,” he added, referring to the former National Security Agency (NSA) contractor-turned-exiled whistleblower who exposed the extensive US government surveillance program in 2013.

“PRISM, PRISM on the wall, who is the most trustworthy of them all? If you don’t understand that you can go, ask Edward Snowden” –
GuoPing, Huawei’s rotating chairman in #MWC19
😂👌🔥 pic.twitter.com/inAWhu6tDm

READ MORE: ‘We must be the leader in everything’: Trump demands 6G cell technology

Huawei currently has contracts to roll out its 5G technology in nearly 30 countries, but is facing an expected ban in the US over concerns it could constitute a threat to national security, with the US warning its allies that it could reconsider its military relationships with them if they use it.

Former CIA acting Director Michael Morell told CBS that because of its speed and ability to allow such a large data flow, 5G “enhances the capabilities of an intelligence service to steal data.”

Huawei has taken the sarcastic route before; its founder Ren Zhengfei recently thanked the Trump administration for promoting their company amid the security hysteria.

New Zealand and Australia have followed the US precedent and banned Huawei from assisting in the development of their 5G networks. The UK, France, and Germany have refused to follow suit, however, with the latter’s cyber watchdog saying he has seen no proof to back the accusations against Huawei.