With the US Senate opening 2019 with a bill aimed at protecting Israel from boycott, similar state-level laws are facing opposition. One newspaper in Arkansas is suing the state, calling the boycott ban unconstitutional.

Given that the government is still partially shut down over President Trump’s plans to build a wall at the Mexican border, one would imagine the first piece of legislation rolled out by the Senate this year would prioritize breaking the impasse and ending the shutdown. Not so.

Instead, S.1 is a collection of foreign policy measures aimed at strengthening military cooperation between the US and Jordan, reiterating opposition to Syrian leader Bashar Assad, appropriating foreign aid money for Israel, and – most controversially – giving state and local government the authority to refuse to do business with firms that boycott Israel.

First item the Senate will take up in the new congress will be our bill to deal with the crisis in #Syria & support our allies in the Middle East.

You can read the text of our bill Strengthening America’s Security in the Middle East Act of 2019 here: https://t.co/fRIIT9zHw5

The bill is sponsored by Florida Republican Senator Marco Rubio, a longtime opponent of the BDS (Boycott, Divestment, and Sanctions) movement and ally of AIPAC, the powerful pro-Israel lobby. Aside from Rubio, the bill is expected to receive the bipartisan support necessary to muster a Senate majority. A similar bill introduced by Rubio last year was cosponsored by several Democrats, and Senate Minority Leader Chuck Schumer (D-New York) is expected to support this latest effort, the Intercept reported.

While Rubio’s bill is a watered-down version of a hardcore piece of legislation introduced by Democrat Ben Cardin (Maryland) in 2017 that would have actually criminalized boycotting Israel, the American Civil Liberties Union has still sounded the alarm.

“The legislation…sends a message to Americans that they will be penalized if they dare to disagree with their government,” ACLU Senior Legislative Counsel Kathleen Ruane told the Intercept. “We therefore urge senators to vote no on the Combating BDS Act next week.”

State-level legislation offers a glimpse of what Rubio’s bill might look like in action. Anti-BDS legislation has already been enacted in 26 states, where it has already cost some employees their jobs, and has been met with legal challenges.

Bahia Amawi, a speech pathologist working for the Pflugerville Independent School District in Texas, lost her job last August when she refused to sign a contract promising to refrain from any action “that is intended to penalize, inflict economic harm on, or limit commercial relations with Israel, or with a person or entity doing business in Israel or in an Israel-controlled territory.”

Amawi, a US citizen who believes Israel is illegally occupying Palestinian territory and boycotts Israeli products, filed a lawsuit alleging a violation of her First Amendment right to free speech. The lawsuit is currently in the works, but the Texas anti-BDS legislation has the full support of Governor Greg Abbott (R), who said that “any anti-Israel policy is an anti-Texas policy.”

Similar lawsuits have been filed in Arizona and Kansas, on behalf of two state contractors who, like Amawi, refused to sign an oath pledging not to boycott the Jewish state.

The latest challenge to anti-BDS laws comes from Arkansas, where a newspaper has decided to fight the oath on principle. The Arkansas Times has never published an op-ed critical of Israel, but when the University of Arkansas refused to advertise with the newspaper unless the Times signed the oath, the paper’s staff decided to sue.

“Why should an American citizen have to take a position in favor of the foreign policy of a foreign government just so it can do business with its own government” pic.twitter.com/VryZKO4X26

“Why should an American citizen have to take a position in favor of the foreign policy of a foreign government just so he can do business with its own government,” Arkansas Times publisher Jan Everett told MSNBC. “What kind of thinking is that?”

The first state-level anti-BDS law was passed by Tennessee in 2015. In all 26 states that have enacted anti-BDS legislation since then, the legislations’ provisions are broadly the same, prohibiting companies or individuals who boycott Israel from doing business with the government. In some states, like Louisiana, the law only targets large contractors. Otherwise the bills have all been almost identical.

Despite the party allegiances of those responsible for the legislation, the language used to support it has been the same. New York’s Democratic Governor, Andrew Cuomo, echoed Texas Republican Greg Abbott when he described BDS as an “economic attack” on Israel and stated “If you boycott against Israel, New York will boycott you.”

‘Ultimately harmful to the Jewish community’

With both parties trying to come out more pro-Israel than each other in recent years, even some pro-Israel voices have realized that forcing Americans to place support for a foreign power ahead of their own constitutional rights probably isn’t a great public relations move for Israel. 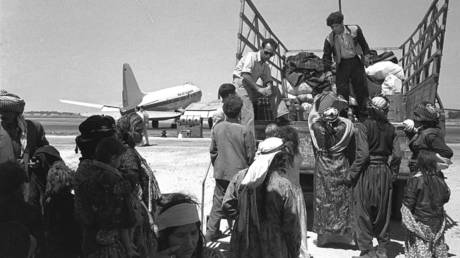 As the first round of states began passing anti-BDS legislation in 2016, internal documents from the Anti-Defamation League reveal that despite publicly supporting such laws, the Jewish advocacy group’s staff actually thought they were a bad idea.

“Simply put, ADL does not believe that anti-BDS legislation is a strategic way to combat the BDS movement or defend Israel and is ultimately harmful to the Jewish community,” one memo obtained by Forward stated.

The bills, it continued, raise the profile of the BDS movement while giving “the appearance that the Jewish community exercises undue influence in government,” an age-old trope of anti-Semitic conspiracy theories.

In addition, journalist Max Brantley wrote in the Arkansas Times last Friday that while he had never considered boycotting Israel before, he might now to prove a point.

“I was thinking this morning,” he wrote, “that perhaps I should advocate boycotts of Israel as a protest against Arkansas legislators who don’t respect the First Amendment.”