The extended Royal family has become embroiled in the Cambridge Analytica (CA) scandal. As journalists investigate the shady deals of the consultancy firm, it has been exposed that ties to the data company go right to the top.

As the week progressed, more and more links between CA and the establishment have been revealed. Board members for parent company SCL Group include a Lords member, Tory donors, ex-British army officers and defense contractors… there’s even a direct descendant of a queen in there for good measure.

CA is one arm of SCL group, formerly known as Strategic Communication Laboratories. The Observer article, which initially broke the CA scandal, said “for all intents and purposes, SCL/Cambridge Analytica are one and the same.”

SCL’s board is a who’s who of the British establishment, with minor royals rubbing shoulders with Conservative Party donors and the military top brass.

Board member Roger Gabb is a successful wine merchant well known for his significant donations to the Conservative Party – half a million pounds, to be exact, in 2006. Whilethe Chief Executive of SCL is Nigel Oakes, an Etonian, who was infamously the ex-lover of Lady Helen Windsor. Rumor has it that Lady Helen reportedly smuggled him into her parents’ grace-and-favor home in St James’s Palace. He was at Lady Helen’s 21st birthday (hosted by the Queen) when he was arrested… there had been a warrant in his name for driving without insurance. He was also once rumored to be an MI5 spy.

The company’s upper echelons have links to the military establishment too; another listed director is Rear Admiral John Tolhurst. Tolhurst, as well as being an aide de camp to the Queen, is a former MoD assistant director of naval warfare at the Ministry of Defence.

There are closer links to her majesty, though, in the form of Ivar Mountbatten. He’s the third cousin once removed of Queen Elizabeth II and shares a direct line with none other than Queen Victoria. 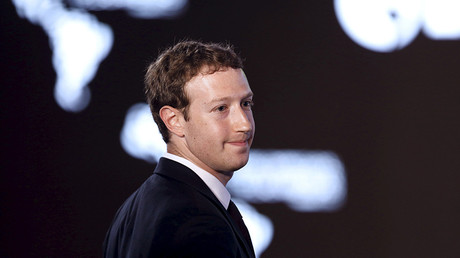 Such deep connections to politics and the establishment raise questions over SCA’s winning of contracts with the UK Ministry of Defence, the US State Department and NATO as well as their reported involvement in the Tory Party.

The London-based political consultancy has been at the center of a storm this week, after a whistleblower said the company had paid an academic to harvest the data of 50 million Facebook users, to build profiles of American voters before the 2016 U.S. election.

Following this, a Channel 4 News undercover sting revealed that the company’s [now suspended] CEO Alexander Nix offered to use dirty tricks, which included bribery and the hiring of ‘Ukrainian women,’ to entrap politicians and subvert elections.

Nix is the current (but now suspended) CEO of CA and the director of SCL. He’s also recently found himself at the helm of a new venture called Emerdata. Nix’s new company’s board members are Rebekah and Jennifer Mercer, daughters of hedge fund tycoon Robert Mercer, whose father funneled his riches into the Trump election campaign.