In a letter to Energy and Commerce Committee Chairman Greg Walden, McCarthy expressed his concerns over “revelations that some media companies are filtering the information that their users can see.” In an apparent reference to Twitter, which is struggling to contain fallout from a recent report by Vice News that it ‘shadow banned’ accounts of prominent conservatives and Republican lawmakers, McCarthy said that “these filtering and censorship practices have targeted conservatives disproportionately.” 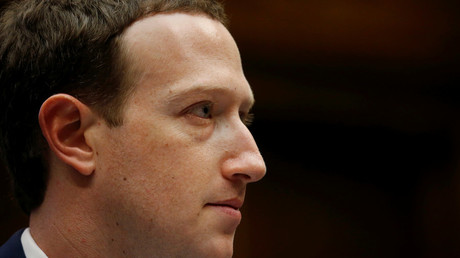 Vice reported last week that Congressman Devin Nunes (R-California) and high-profile conservative pundits and commentators have had their Twitter outreach limited by the company, meaning that their accounts do not show up in a drop-down bar and their followers cannot see their tweets in their Twitter feeds.

While Twitter denied the accusations of shadow banning based on political affiliation or ideology, it admitted that it had “an issue” with auto-suggestions which has since been resolved. The algorithm’s glitch impacted not only Republicans, but also Democratic politicians, Twitter claims. It explained that Republican representatives were targeted not because of what they themselves post, but because of how other people interact with their profiles.

However, Twitter’s lengthy and cumbersome explanation did not satisfy Nunes, who said he is considering taking legal action against the company. McCarthy wrote that although Twitter has stopped suppressing conservatives, “serious questions remain about how and why the company filters content on its platform.” To clear up the matter, he asked the committee to schedule a public hearing for the coming fall.

“I would like to request a hearing with Twitter CEO Jack Dorsey so that the American people can learn more about the filtering and censorship practices on his platform,” the letter, first reported by Axios, reads.

Dorsey is yet to comment on the idea. CBS News and BuzzFeed said last week that Dorsey already agreed to testify before lawmakers – before the Senate Intelligence Committee. The testimony, however, is expected to focus mainly on alleged Russia meddling in elections.

After the report on Twitter’s shadow banning practices sparked outrage among conservatives, Dorsey sought to mitigate the damage, reaching out to Republican supporters via Fox News.

Saying that he “does understand the concern,” Dorsey attempted to portray Twitter as a platform that accommodates different political viewpoints, noting that the tech giant “even” has “ideological diversity” within its own ranks.

Trump also injected himself into the debate, promising last Thursday to “look into this discriminatory and illegal practice at once.”