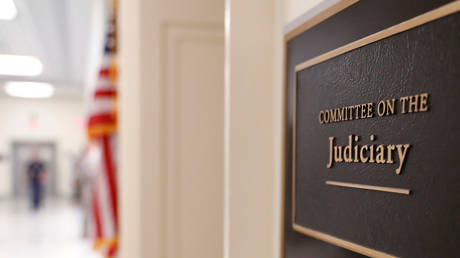 Democrats on the US House Judiciary Committee have launched an investigation into the legality of President Donald Trump’s emergency declaration, calling it “reckless disregard” of the law based on “misleading statements.”

Committee Chair Jerrold Nadler (D-NY) and a number of high-ranking Democrats have penned a letter to Trump requesting copies of the documents and communication between the White House and Departments of Justice and Defense that provide legal basis for his decision to effectively sidestep lawmakers.

The 6-page letter inked by members of Congress accuses Trump of “fabricating an emergency in order to bypass the political process for allocating a budget,” an allegation that has been repeatedly used by the Democrats to denounce Trump’s decision as a covert power grab.


The lawmakers argue that Trump’s justification for declaring the national emergency after he failed to secure the $5.7 billion in funds from Congress is deeply flawed as it is based on a “series of misleading statements.”

“There is no national emergency at the southern border,” they wrote, arguing that the figures show that the undocumented migration has been down “for years” while border crossing attempts are hitting “40-year lows.”

We believe your declaration of an emergency shows a reckless disregard for the separation of powers and your own responsibilities under our constitutional system.”

Specifically, they picked on Trump’s choice of words while announcing the emergency declaration. Trump appeared to go off-script when he noted that he “didn’t need to do this” but “would rather do it much faster.”

READ MORE: ‘A Democrat can do it too’: Pelosi warns national emergency can be used for gun control in future

The lawmakers called the formulation particularly “troubling.” They are not the first one to pounce on that particular line: the American Civil Liberties Union (ACLU) and President Obama’s former solicitor-general have argued it proves there is no emergency on the southern border, and said it can become the grounds for overturning the declaration.

The emergency decision has also drawn criticism from Trump’s critics in the Republican Party, who expressed concerns that it might be a constitutional overreach and set a dangerous precedent for the future.