War veterans who claim they have been hounded over allegations of abuse have launched their own legal challenge against the Ministry of Defence (MoD).

The case is being brought on the basis that the soldiers, many of whom have faced intense investigation from the Iraq Historic Allegations Team (IHAT), were not properly trained to deal with prisoners captured in Iraq.

It is being brought by military lawyer Hilary Meredith, who told RT of the lack of legal infrastructure, police, prisons and judiciary in Iraq following the 2003 invasion.

She said the military was left with huge numbers of people who they had captured and yet had no expertise for dealing with. 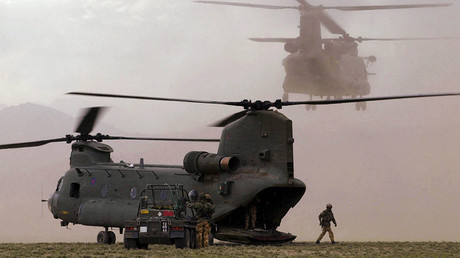 “There was no direction given. There was clear direction on rules of engagement and when to shoot someone, but nothing on how to capture someone,” Meredith said.

“I think that is where the majority of problems have come about. Had there been a framework of support in place I think many of these allegations would have been investigated properly by a proper defense team.”

The allegations range from torture and abuse to murder and involve 1,500 cases and up to 200 soldiers and veterans.

Meredith said proper legal support would have saved both taxpayers’ money and anguish for those military personnel who have endured the scrutiny of IHAT.

The move would appear to take the spotlight away from low-ranking troops and put it back on senior commanders in charge.

The raging debate has led to calls from some quarters, including Prime Minister Theresa May, to stop some human rights laws from being applied on the battlefield.

Critics of this paring down of legal provisions say that it would strip soldiers of their human rights. The calls have led to considerable sparring in Parliament and in the media.

Writing in the Guardian in September, barrister and Liberty director Martha Spurrier singled out claims made by former soldier-turned-Tory MP Tom Tugendhat that human rights law should stop at Britain’s borders and certainly not extend to the battlefield.

“In wars fought to uphold human rights and the rule of law, they would leave us without the means to bring wrongdoers to justice,” Spurrier argued.

“And they would leave our own troops without human rights protection.”

“Tugendhat wrote, quite rightly, that battlefields are not town centers. But his suggestion that they are being treated as such is a lazy and dangerous myth,” Spurrier said.