Police have released footage of a man being viciously kicked off a tram platform by a trio of people in Manchester. He is then threatened with a smashed wine bottle when he tries to make his way back onto the platform.

The footage shows the 23-year-old victim arriving at the Didsbury Village Metrolink Station, Manchester, at the same time of a man and two women at 10.50 pm on Friday October 13. 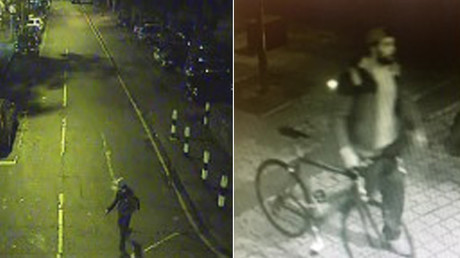 The CCTV images released by Greater Manchester Police show one of the two women running on the tracks, in what the police deemed an attempt to “distract” the young man.

The victim then pleads the woman to climb back up to her own safety, before he is drop-kicked off the platform by a balaclava-bearing man and threatened with a metal bar and a smashed bottle of wine.

He manages to clamber back onto the platform, flee and get home safely. Although he did not report any serious injuries, he was left shocked by the ordeal, according to a police statement. 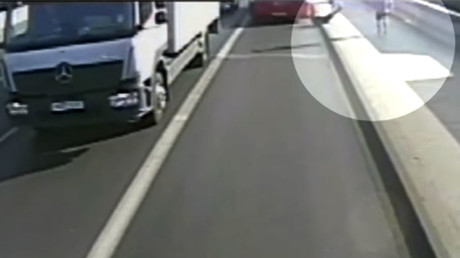 The incident is being investigated in connection with another attack just a few minutes later, which saw a 66-year-old man being beaten over the head with a metal bar while on his way home along Beaver Road in Didsbury.

The man was taken to hospital with head injuries and suffered a heart attack as a result of the shock. He is now recovering at home.

Detective Constable Phil Whiting of GMP’s City of Manchester Team, said: “Around the time of both incidents, there weren’t a lot of people around. However, I’m sure that by looking at what the people in the footage were wearing, someone will remember them being together.

“I appreciate the man has his face covered but it may be you recognize the way he walks or the clothes that he is wearing.

“We need to speak to these people as a matter of urgency so I want people to really study the footage; their faces, the way they are holding themselves and how they are acting.

“You may have seen them holding bottles of wine or a metal bar. If you know who they are or saw them around the time of either incident, please call us,” Whiting said.