A heterosexual couple who appealed in court for a civil partnership have lost their case despite judges admitting it may be in “breach of human rights.”

Londoners Rebecca Steinfeld and Charles Keidan, who have been together for 10 years, took their case to the Court of Appeal after losing their case in the High Court last year.

The couple, who have a 20-month-old daughter, wanted a civil partnership because they reject the “patriarchal” institution of marriage on principal.

However, the Civil Partnership Act 2004 only grants civil partnership to homosexual couples, who also have the choice of marriage after it was legalized in England, Scotland and Wales in 2014.

Steinfield and Keidan argued in the High Court that they lacked the same choice as gay people and were therefore discriminated against.

However, they said there was “still everything to fight for” as the verdict was based on “technicalities.” The judges acknowledged the potential discrimination against heterosexual couples, but wanted to allow the government more time to come to a conclusion.

“We lost on a technicality: that the government should be allowed a little more time to make a decision,” Steinfeld said, as cited by the BBC.

“So there’s everything to fight for, and much in the ruling that gives us reason to be positive and keep going.

“The Court of Appeal has made it clear the status quo cannot continue,” Keidan added.

“The government should now recognize the benefits of opening civil partnerships to mixed-sex couples.”

In an attempt to lobby government to make mixed-sex civil partnerships legal, the couple also set up a Change.org petition, which has garnered more than 72,000 signatures.

“When we started our legal battle for the right to form a civil partnership three years ago we could never have envisaged the incredible levels of support that would follow,” Steinfeld said.

“It really is remarkable, but it just speaks to the fact that opening civil partnerships is popular, fair and would be good for families and children.”

Kate Stewart and Matthew Cole, both 46, went to Gibraltar in June 2016, where heterosexual civil partnerships are legal. 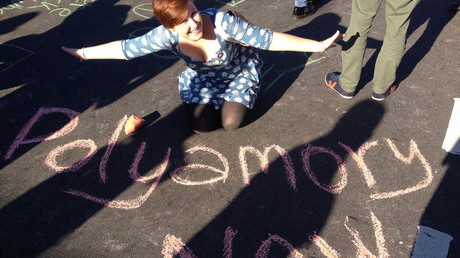 “It just felt to be a more appropriate way to formalize the recognition of our relationship,” said Stewart, from Derby, the BBC reported.

“I have been married before… but Matthew and I didn’t feel that marriage reflected our relationship.

“The institution [of marriage] is very much unequal depending on your religion.

“We therefore felt it wasn’t a status we were comfortable with because it still had hangovers of inequality from the past.”

However, once they returned from the British Overseas Territory, they found UK authorities did not recognize their civil partnership.

“We paid for ceremony in pounds, we have a certificate, it was all very British, but as soon as we were back home we didn’t have legal recognition,” Stewart said.