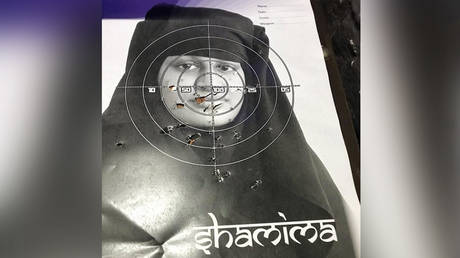 The decision by a UK shooting range to use the image of ISIS bride Shamima Begum as a target has sparked heated debate over whether it is offensive to Muslims. Others argue the complaints actually do Muslim women a disservice.

Slamming such “harmless fun” was Raza Kazim of the Islamic Human Rights Commission. Speaking to RT, he said the target embodied a “racist environment” that was growing in the UK which was encouraging attacks on Muslim women.


Firing back, political commentator Andre Walker suggested Kazim should apologize to British Muslim women for suggesting the “terrorist” Begum was anything like them.

Watch the full debate below.