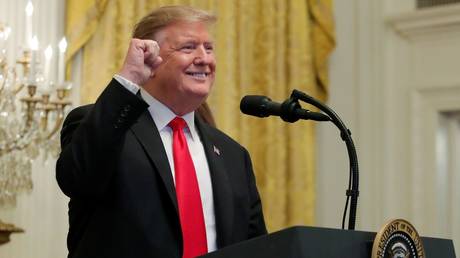 Donald Trump has repeatedly vowed to safeguard the United States from the purported evils of socialism – but critics note that the US president is fine with giving government subsidies to the rich and well-connected.

During his State of the Union address, Trump bemoaned the “new calls to adopt socialism in our country.” His detractors, however, have pointed to the generous government funding for industries such as agriculture – not to mention the president’s calls for vast infrastructure projects, including his beloved wall on the border with Mexico.

Trump is a “hypocrite” and “a capitalist of the worst kind,” Solomon Comissiong, host and founder of the Your World News Radio Show and Media Collective, told RT. He added that Americans suffer from “a large amount of ignorance” about what socialism really is, noting that the country would benefit immensely if Trump shared the wealth – and not just with the wealthy.