Having faced an onslaught of requests to loosen the purse strings for the Ministry of Defense (MoD), Philip Hammond is now under pressure to cough up £100 million for a study into a UK rival to the EU’s Galileo satellite.

Chancellor of the Exchequer Hammond received the request last week from Business Secretary Greg Clark, who suggested that the funds be released to conduct a two-year feasibility study into a British satellite navigation system similar to the EU’s Galileo program.

The request comes as the EU continues to deny the UK access to the Galileo program after it leaves the bloc in March 2019. Launched in 2003 as the first civil-run satellite navigation system and an independent rival to the US GPS, the UK had invested €1.4 billion ($1.65bn) of the €10 billion ($11.8bn) spent to fund Galileo. 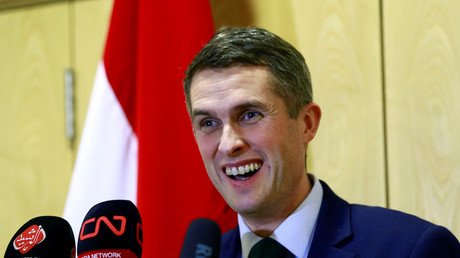 While British companies have been heavily involved in the development of Galileo, they are now being blocked by the EU from bidding for future contracts unless they pledge to move production to an EU member state once Brexit Day approaches.

As a third party state, the UK would also require a fresh security agreement with the EU in order to access the secure public regulated service (PRS), the highly resilient, military-grade signal used on Galileo. However, London is also arguing that it needs “oversight of the secure technology and its future development if it is to have confidence in the security of the system,” according to the Financial Times, something the EU is less likely to grant to a non-member.

Clark’s request could heap pressure on Hammond to greenlight the feasibility study ahead of NATO’s Brussels summit in July, where the UK will be expected to produce evidence that it is investing in future military technologies amid complaints by US President Donald Trump that members of the alliance are not pulling their weight in terms of defense spending.

This demand was reportedly reiterated by Trump’s National Security Advisor John Bolton in a meeting earlier this week in London with his counterparts from the UK, Germany, and France.

Defence Secretary Gavin Williamson, an unsurprisingly keen backer of Trump’s demands to spend more on defense, is also expected to raise the issue of Galileo at the summit.

READ MORE: ‘I made her, I can break her’: Williamson rallies Tory rebels in bid to up defense spending – report

Speaking to MPs on Tuesday, the minister with responsibility for defence procurement, Guto Bebb, estimated that a British-led satellite system would cost £3-5 billion. Australia has already been identified as a potential partner in the program.

At the launch of the Space Defence Conference in May, Bebb called the space industry a “vital part” of the British economy.

“We are investing millions into Britain’s most innovative companies to help us launch forward in the space domain,” he added.

The idea of forging closer defence links with Australia and collaborating on a satellite program similar to Galileo has received the backing of former PM John Howard. Speaking to BBC Radio 4’s Today programme on Wednesday, Howard said: “Irrespective of Brexit, having a close relationship between the UK and EU… would be sensible.”

In addition to the feasibility study, enthusiastic officials are looking to launch tenders for long long-lead items, such as the atomic clocks that ensure signals broadcast by the satellites are transmitted synchronously.

However, some have expressed scepticism at the move to pump billions into “triplicate space infrastructure.” Describing a rival UK-led Galileo as a “vanity project for a Brexit government,” Bleddyn Bowen, a space policy and security expert at the University of Leicester, said: “I find myself – usually an advocate for space – in the very unexpected position of arguing against this potentially massive spending on UK space.”

But you know, it’s far better that we spend billions on a triplicate space infrastructure we don’t need as a vanity project for a Brexit government, a collapsing political culture, and to salvage a sense of idiotic pride to compensate for acts of grand strategic lunacy, than…

As the Vulcan proverb says: ‘Only Nixon could have gone to China’, I find myself – usually an advocate for space – in the very unexpected position of arguing against this potentially massive spending on UK space. That should indicate to some degree how misguided this is.