While Britain’s big banks jumped at the chance to increase charges on their mortgages this week, they were in no hurry to pass benefits on to savers. This after the Bank of England (BoE) voted to raise interest rates for the first time in over a decade.

Millions of mortgage borrowers face an increase in their monthly repayments after the decision by the Bank’s Monetary Policy Committee to hike the base rate for the first time in 10 years, from 0.25 percent to 0.5 percent. Governor Mark Carney said that with unemployment at a 42-year low and inflation above its 2 percent target, it was time “to ease our foot off the accelerator” of stimulus which has been supporting the economy. 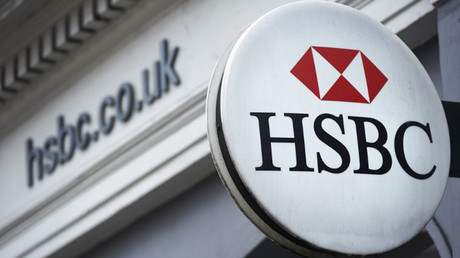 Almost four million households face higher mortgage interest payments after the rate rise. Households on variable or tracker mortgages will see their monthly costs increase by about £15, according to Nationwide.

Within hours of the Bank’s announcement Lloyds, Barclays and Halifax announced their tracker mortgage rates would increase in line with the rate rise. There was no such immediate adjustment for savers, however, leaving tens of millions of savings account holders in the lurch.

The three banks refused to say whether savers would ever receive higher interest rates, instead announcing savings accounts are “under review” with announcements expected in due course.

“While our savings rates are not directly linked to the Bank of England base rate, we will be reviewing these in light of this decision and other factors, and will make our customers aware of changes in savings rates at the earliest opportunity,” an HSBC spokesperson said.

Lloyds has also admitted that a rate rise was not on the cards for its 22 million current account holders, many of whom will use these accounts for building up cash savings. This is because the accounts are not linked to bank rate, it said.

Royal Bank of Scotland (RBS) said customers on tracker mortgages would see interest rates increase by 0.25 percent from Thursday. However, it is “currently reviewing whether we will make any changes to variable rate products and will provide an update in the near future.”

The banks are dragging their feet on a savings rate increase despite Carney saying: “We do expect it [base rate rise] to be passed on. Banks did pass on the cuts to their depositors, and we would expect competition to push it in the other direction [now.]”

Theresa May’s official spokesperson said she wants to see the interest rate hike benefit savers. They said: “Following the rates rise, we would expect to see some higher interest rates to be passed on to savers. Some banks have already said they will increase on their savings products. We would expect others to follow suit.”